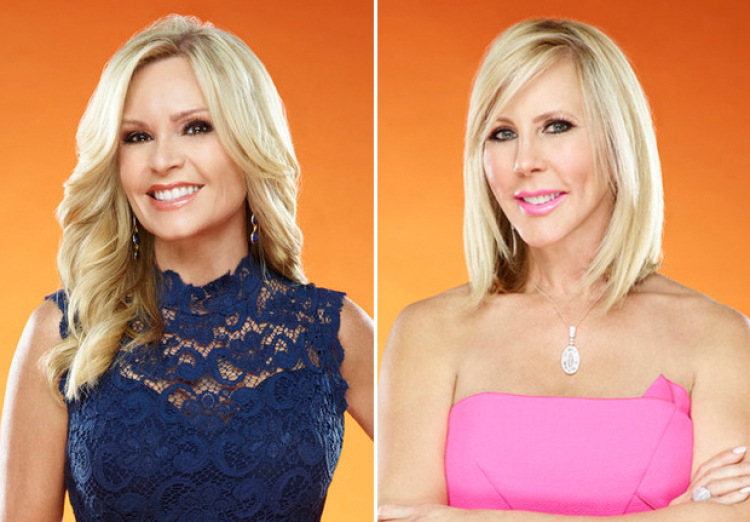 Real Housewives Of Orange County stars Vicki Gunvalson and Tamra Barney were involved in a scary accident while taping for the new season on Saturday.

Here are some photos released by production, from the crash scene in Glamis, CA where Vicki had to be airlifted to a hospital for treatment. Witnesses on the scene state she was vomiting after the accident, and couldn’t feel her fingers. Both women complained of neck and back pain.

Tamra, who was driving the Polaris RZR, had been warned several times by the people training her to slow down.

Both women had to be hospitalized after the accident. Both have been released, and we’re told they’re recovering well.

Tamra posted this message on facebook: “So many text, tweets and phone calls asking if this is true. I can confirm it is. Thank you for your prayers and concerns. We are both beat up but very lucky to be alive. I’ve never been so scared in my life. As the driver I have an overwhelming amount of guilt and thanking God that the 4 of us are alive.”

I wonder what their blood alcohol level was? We’re glad the ladies are doing well. What are your thoughts? Post your comments below.