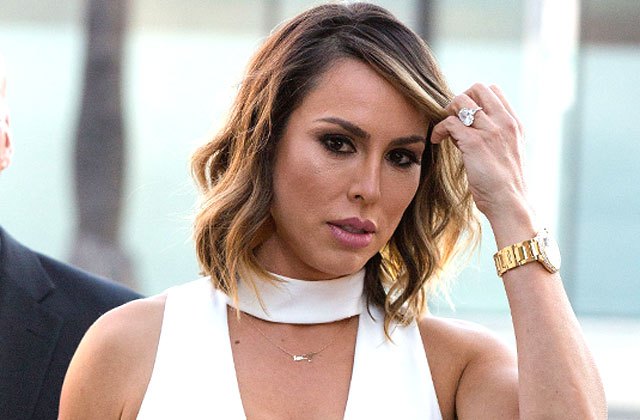 What the hell is going on in their home? Kelly Dodd always finds drama! The Real Housewives Of Orange County star received six police visits to her Newport Beach, CA home in just three days. The reality star received 11 visits this year.

Police officers responded to four calls on the 20th July, 2017 for keeping the peace,” according to the Newport Beach police department call log. One call did not have a known nature, but they were all placed within minutes of each other.

Police responded to another “keep the peace” call on the 21st July, and another on the 22nd July for the same nature.

They were also called for a “disturbance” on the 17th July.

The most recent call was placed on the 6th Aug for a “911 call from cell phone.”

Police also responded to her home twice in April for a “follow up” and “ACO telephone call.” They came back the next month for a “domestic disturbance” call as well.

Kelly, 46, tried to sell the scene of the crimes last summer but was unsuccessful and relisted the property in March. The reality star is not a stranger to police visits either, as she frequently received restraining orders from her romantic partners.

Her ex-boyfriend’s wife also requested an order after years of harassment.

Kelly was hit with a protective order in 2014 after a domestic dispute with her husband Michael. She was forced to attend 10 alcoholics anonymous meetings and six months of therapy for the order to be terminated and dismissed.