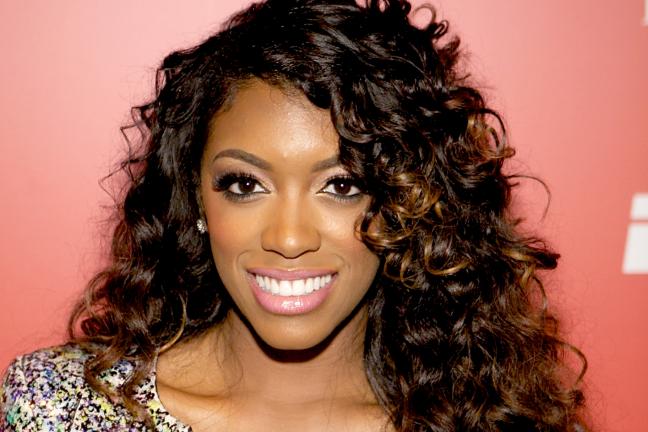 ENTERTAINMENT WEEKLY: There’s a lot going on this season with you. Last year you were introduced as the pampered princess. Now, you’re this new independent woman. Should I call you Porsha Stewart or Porsha Williams? What’s the status of the divorce?
PORSHA STEWART: Uh, Porsha Stewart. [Laughs] We’re towards the end of the process. In the next month, it should be actually over, and hopefully Porsha Stewart will be turning fully into Porsha 5.0! [Laughs] Finally, I’ll have some closure and peace.

What went through your mind in the events that led up to and after the divorce was unveiled publicly?
I was in complete shock, devastation, and I felt like I had been betrayed. I was more than ever just disappointed in Kordell and the way that he handled everything. I was in denial for a moment, but then I had to go into survival mode and ask myself, “What am I going to do?”

What’s “survival mode” for you?
Well, I did get locked out of my home, which was just horrible. Nobody should have to go through that. You made a place to live, and all of a sudden, when you don’t feel comfortable being there, you get locked out. Bravo did catch that entire process of my things packed up and put out by somebody else and the cameras caught that in real time. So in a practical sense, I literally need to figure out: where am I going to stay, live, and move forward.

Kordell went on Atlanta radio station V-103 stating the marriage was problematic prior to Housewives. He noted you were uncomfortable with his son from a previous relationship and his mother at times. Was that true?
I didn’t hear the interview, and I really don’t care to comment on anything Kordell has to say. He’s saying it for a reason and wants everybody to think of me in one way. At the end of day, Kordell knew who I was to him and what I did and how I felt about his son. I don’t have to justify that at all.

What was the first year of your marriage truly like?
Well, our first year — though we were married for two, it seemed like it was 15, because as a new couple, we went through a lot. I had a miscarriage and major surgery because of fibroids. Through it all, I started to see who Kordell was as a person. We just weren’t really attached to each other emotionally the way we needed to be. That was a sign for me that this isn’t going to be the marriage I pictured.

Do you regret your decision to marry?
Not at all. When I stood in front of him, I meant the vows. My intentions behind those vows were true, and I followed through on them. I was the wife that I wanted to be. If I got married again, I would be the exact wife and mother, because I put 100 percent into my relationship.

You unleashed Porsha 5.0 on Sunday’s episode, confronting Kenya. What’s the relationship between you and her after filming? Is there anyone on the cast that you had a lot of compassion for while filming this season?
Kenya and I don’t have a personal relationship. There are some women you just don’t connect with. I just don’t deal well with foolishness and lies being told. I totally relate to Cynthia’s issue with her fibroids — that’s very difficult to go through — finding out that something’s growing inside of you that you can’t control. Extremely hard when you have a husband, because you want him to feel what you’re going through, but you’re the only one who feels it. I also feel for Kandi and her situation with her mom. My mom is very passionate, just like Kandi’s mom. They’re very protective and love us to death. [Laughs] But I just tell Kandi: Just marry Todd and she’ll be fine!

Is Porsha dating?
Porsha is definitely looking forward to dating! [Laughs] I have this invisible board in my house that’s counting down the days until my divorce is finalized so that I can move on with my life. I would love to be with someone who can love me the way I deserve to be loved.

What can we look forward to from Porsha 5.0?
Well, I’m working on my Naked hair line. I also have a teeth-whitening company called PS teeth whitening. It’s amazing. I can’t tell you exactly whether it’s a tray or strip, because you’ll find out more on the show. I also have a singing career. I’ll be coming out with a single. I used the passion, pain, and love of my experience and put it into a single called “Perfectly Worthless,” coming out very soon.

You’re also starring in Kandi’s production A Mother’s Love.
Yes! Oh my gosh, I’m so excited. A lot of heavy-hitters in the cast: myself [laughs], and of course the talented Kandi Burruss. There’s a lot of choreography, I have a solo and a very intense monologue. The play is based off her life and loosely off my relationship, so there’s some very intense moments and drama.

Porsha is working on her weave line, has a teeth whitening company and plans to release a music single. She is also starring in Kandi stage play, “A Mother’s Love”, which also stars Eddie Levert and Shirley Murdock, the play is based off Kandi’s life and loosely off Porsha’s relationship, she will also sing a solo in the play. What are your thoughts? Post your comments below.