The Real are talk show hosts who are paid to talk about people. The hosts were recently chatting about Real Housewives Of Atlanta star Porsha Williams and her cheating hotdog selling, baby daddy Dennis McKinley. ⁣⁣
⁣⁣
Porsha stated at bravo tv’s recent convention that she is going to get married to her baby daddy, Dennis McKinley and she also wants her wedding televised. Porsha wasn’t very happy with Loni Love saying she’s trying to get another spin-off. ⁣⁣
⁣⁣
Adrienne Bailon said, “I couldn’t do it but I’m not going to judge someone else for the way they choose to live their life or decisions she’s going to make. I don’t understand it.”⁣⁣
⁣⁣
Firstly Adrienne you married your friends husband who she was still married to when you hooked up. ⁣⁣
⁣⁣
Loni jumped in saying, “Let me tell you something, Porsha trying to get that reality show.”⁣⁣⁣⁣

Aren’t all reality stars trying to get that coin for their own spin-off, her baby special did ok. ⁣⁣
⁣⁣
Porsha was not pleased with Loni’s comment writing, “Bitch F you! #FakeAss don’t run up smiling when I see you!”⁣ including a clip of the comment. ⁣

⁣⁣One follower told Porsha to “take down this down sis. You so above this.” Is she? Porsha said “I will after she see it thanks.”⁣⁣

Then Shahs Of Sunset star and knife collector, Golnesa ‘GG’ Gharachedaghi wrote, “Their men are doing it while they’re busy sitting up here talking sh*t about other people! Believe THAT!!!! Baby girl don’t let outside voices bother you. Just know you’re on their minds and your name is in their mouths.”⁣⁣
⁣⁣ 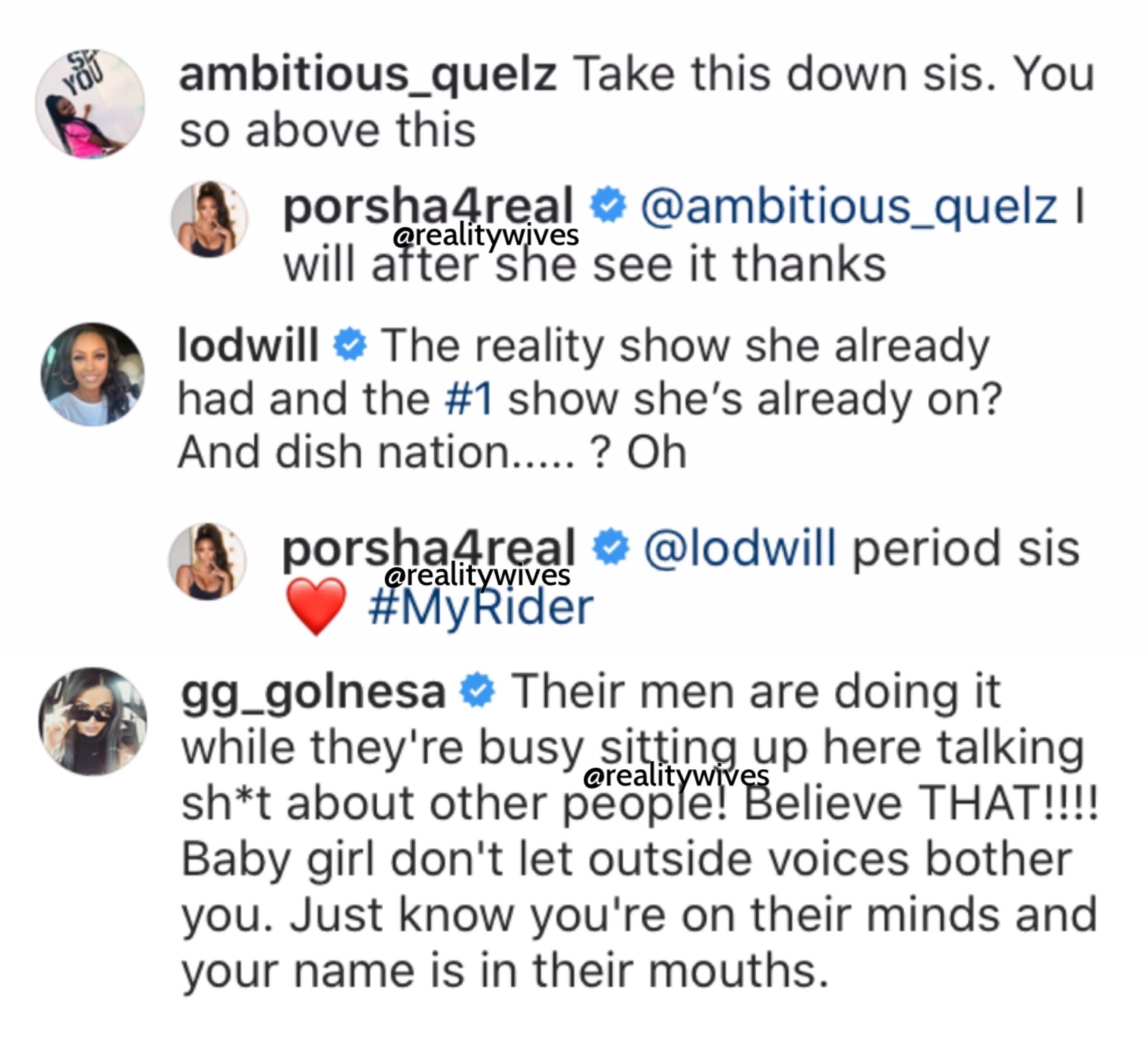 Why did this particular comment bother Porsha? The Real is in third place for daytime show viewers. Porsha did all this for a show that got bronze in the talk show Olympics.