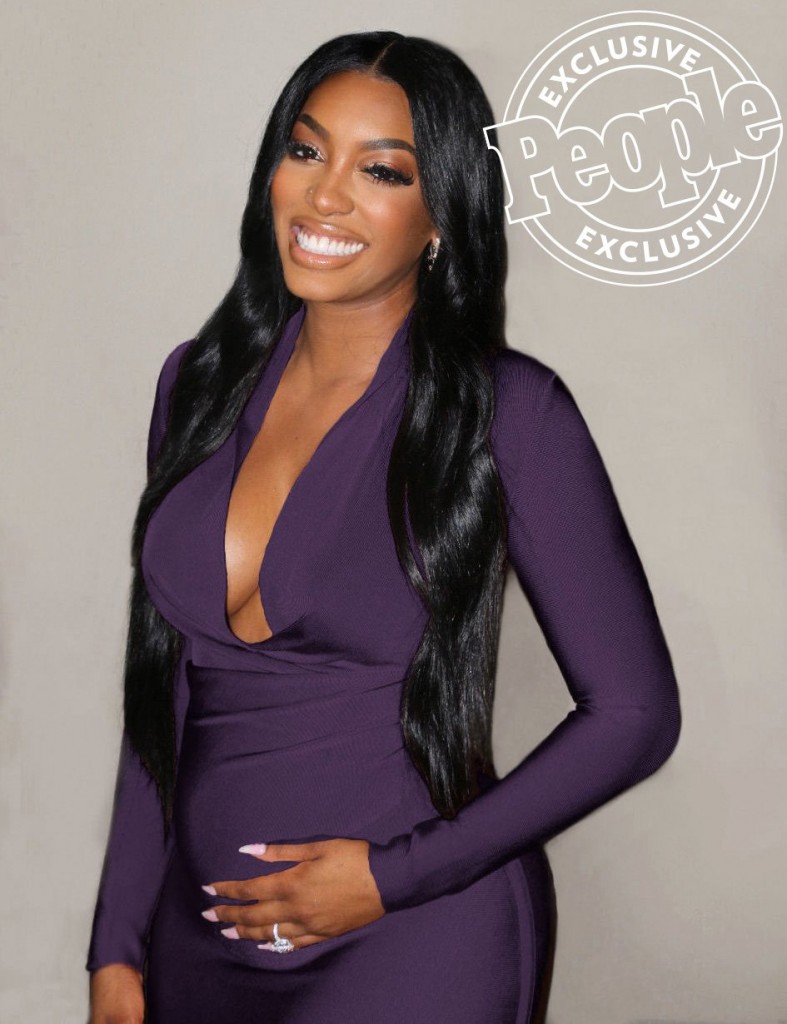 She tells People Magazine, “When I found out I was pregnant, I was excited [but] I had mixed feelings. The other feeling that I had beside excitement was fear. I’ve had a miscarriage before in my past, which I’ve also been open about because I suffer with fibroids and had to have a myomectomy. So just the fear of, ‘Is the baby going to be okay? Will I make it full term?’ All those questions that you ask if you’ve had a miscarriage before.”

“Going into the first appointment and being able to see baby and hear baby and know that baby is fine, then I can really wrap my mind around actually becoming a mommy.”

Porsha’s boyfriend Dennis McKinley is the baby’s father, she speaks highly of him, “The thought of me getting that blessing after praying for it for so long and getting that blessing with someone who is just as excited as me — it’s Dennis’ first child, just like me — and it’s something we’ve both always wanted … It’s like a dream come true.”

Porsha on Dennis: “I believe he’s probably shed more tears during the process than me. It’s just the sweetest moment of my life right now.”

The reality star told her beau the good news on his birthday in late July, which she admits “was really hard to do” because she had to wait after finding out herself. And their baby on the way, though a “surprise,” has only strengthened their bond.

“The pregnancy came from the left, but it definitely has brought us closer together because you realize when it sets in that you are actually bringing a life to this world, that you have become family overnight. So now a lot of the things that we had talked about are a reality, and we work really hard at wanting to be a good couple and build a strong foundation for our new family that we’re going to have. ”

The couple don’t know the sex of the baby as yet.

“I’m not really sure because I think she’s going to be mad, like, ‘Really, Mom?’ And then I’m going to have to try to explain it and he’s probably going to deny that it was all his idea.”

More in Real Housewives Of Atlanta, Reality Television (397 of 3070 articles)