Hoe is life specialist Porsha Williams just got engaged to her former co-star / co-worker’s estranged husband and is now getting her own three-part special on Bravo.

“It was greenlit months ago, so it has nothing to do with this [engagement] news. The special is supposed to focus on Porsha, her activism and her family,” a source claims. Yeah right.

Porsha 39, got involved with the Black Lives Matter movement in 2020 and was arrested twice at Breonna Taylor protests in Louisville, Kentucky, last year.

However, since Porsha got engaged to Simon Guobadia, there is a chance that the adulterous romance will make it into the show.

“If she’s engaged to him and she’s pregnant with his child, that could change things. It would obviously become part of the special,” the source said.

Speculation has arisen that Porsha is pregnant from her “1 month” relationship.

A “source” said the spin-off will include her sister Lauren Williams and mother Diane Williams.

The source also said, Simon Guobadia may also partake in the special “if he’s still around.”

Simon’s divorce is not finalized. 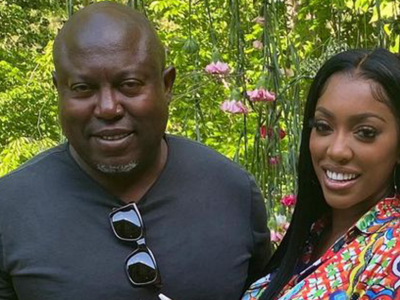 More in Real Housewives Of Atlanta, Reality Television (12 of 3096 articles)