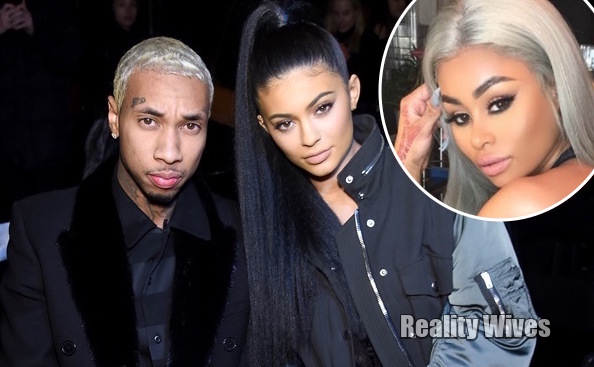 For over a year, Blac Chyna has been engaged in a nasty back-and-forth battle with Kylie Jenner over the 18-year-old Keeping up with the Kardashians reality star’s bad-boy boyfriend Tyga!

And now that the duo are officially dunzo, RadarOnline.com has exclusively learned that Blac Chyna is to blame for the breakup!

As fans of the show know, after Rob Kardashian, 29, proposed to his 28-year-old former stripper soon-to-be baby-momma, Jenner and Blac Chyna posed for a series of Snapchats to show that their bitter feud was squashed.

According to a Kardashian family insider, “When Tyga saw that Kylie and Blac took those photos together, he called her a fake b*tch!”

“Tyga thinks that Kylie is a total sell out and he told her that he did not even know who she was anymore.”

The source told Radar that, for almost a year prior to that, “Kylie told Tyga that she would never ever be friends with Blac Chyna. Ever.”

“The fact that Kylie totally went back on her word put Tyga over the edge,” said source.

“He did not even care anymore what she thought. He told her that he wants to be with a real woman and not a fake little girl.”