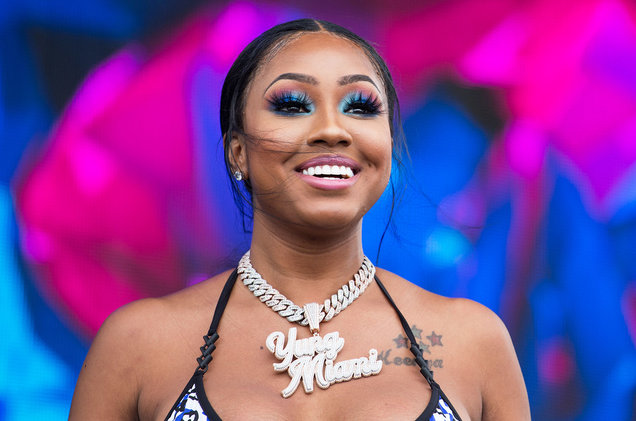 City Girls rapper, Yung Miami, was reportedly shot at 14 times in a drive-by shooting in Miami in the early hours of Tuesday morning.

TMZ reports that the rapper who is currently pregnant with her second child, was leaving Circle Hour Studios in her red Mercedes G-Wagon when the shooting occurred. The Miami-Dade Police Department was called to the scene, where video was recorded of Yung Miami explaining what happened.

“They just started shooting [and] they had their lights off. I never saw them. Whoever it was, they kept their lights off. I don’t know where they came from…. It came from behind, the shots started from behind. They started from behind because … I thought, ‘Oh, sh*t, somebody was shooting. The first shot hit the f**king spare tire thing, and then I don’t know how the shots came through on the side,” she can be heard saying in the clip.

There are no suspects as of now.

Yung Miami is one-half of the rap duo City Girls, which first rose to prominence as guest stars on Drake’s 2018 hit, ‘In My Feelings‘. The Miami natives’ most recent hit, ‘Twerk‘, featuring Cardi B, continues to rise on the charts. It currently sits at No. 29 on the Billboard Hot 100.

The other half of City Girls, JT, is currently serving a two-year prison sentence after turning herself in on charges of credit card fraud.