Ramona Singer: “I Regret My RHONY Blowup With Bethenny Frankel” 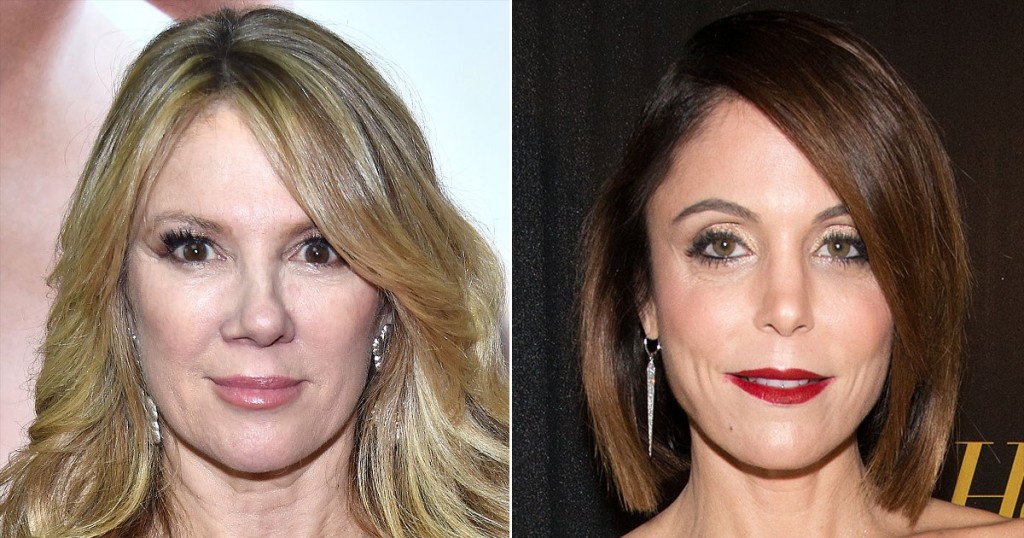 Real Housewives Of New York star Ramona Singer is publicly apologizing for what transpired earlier this month. Ramona had an alcohol-fueled (no surprise) argument with Bethenny Frankel at Dorinda Medley’s Berkshires house.

“I regret all the drama. If I could take it all back, I wish I could have walked away and turned and left the room when the fight started. When a mature person feels like that, they walk away,” Ramona, 60, tells People of the trip, which ended with her allegedly causing thousands of dollars in damage to a guest room after calling on-again, off-again friend and Skinnygirl mogul Frankel a, “b*tch.”

Based on the photos shown by Medley during the June 7 episode, Singer caused extensive damage to the 52-year old’s guesthouse by removing temporary light fixtures off the wall and taking portions of the wall’s paint job with them.

Dorinda on the damage to her home:
“When I walked into that room and saw what she did, I wanted to cry. It was not even about the paint work. It’s like, this is my home — I love my home. Enough has been taken from me, now you’re going to do this to my home? I don’t even get so much as an acknowledgment. She left, bed unmade, same old thing as if all’s well. Nothing. I mean, what does that say about our friendship. Does Ramona just treat me like this or does she treat all our friends like this?” a tearful Dorinda Medley explained in the episode.

The two attempted to reconcile in the episode, and though Ramona avoided confrontation at the time, she has since publicly apologized to Dorinda on Jenny McCarthy’s SiriusXM show.

“I wish I had handled that moment differently. Even when I watched it, I was taken aback by my actions and I feel terrible about. I wear my friendships like a badge of honor and in that moment, I felt like she was trying to strip me of my badge and I lost it.”

The reality star also added that production had paid for the damages to Medley’s house. Is Ramona a lunatic? I think so. Which grown woman destroys another womans home?

Nonchalant Ramona on the damage she caused:
“The production company has a huge insurance policy. She got a free paint job. Of course it’s upsetting because no one wants to have their house damaged. But the good news is production fixed it, they paid for it, and the entire room got fixed like new.”

Despite the repairs, sources say Medley is still hurt about the encounter.

“Dorinda is still not happy with her still, but they have to work together. They are still pleasant to each other, but you don’t forget after disrespecting a home like that,” a source claims.

Another source says the rift with Bethenny, 46, will eventually heal: “The repercussions from the fight carry on for another eight episodes, but things finally do get better between the two of them.”

Ramona has yet to make amends to Bethenny she claims she would like to get past this “hurtful” experience.

“It’s the worst drama I’ve ever gone through with a friend ever. We have been through a lot over the years and we came out stronger and better on the other side so I want us to be able to move on this and get to a better place,” Ramona says.