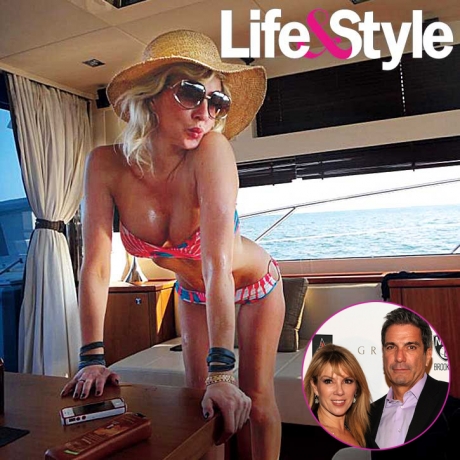 via Life & Style:
Mario Singer’s alleged affair with Kasey Dexter is even worse than Real Housewives of New York City’s Ramona Singer knows.
“He’d take her to all of Ramona’s favorite places in the Hamptons,” a friend of Kasey’s tells the mag.

“And he even got Kasey her own apartment!”

“She’s basically a young version of Ramona,” the pal tells the mag.

Even the resemblance between the two is notable in the exclusive photo obtained by Life & Style.

“Mario and Kasey met at a cocktail party in the Hamptons in July.”

He got her number, and the pal says, she started sexting.

Soon after, Mario’s behavior got even more brazen: “He’d rent hotel rooms with Kasey and take her out to dinner,” all behind Ramona’s back.

But Ramona’s soon to be ex-husband better watch out.

When asked if Kasey will stick with Mario, her friend replied, “It depends how long he’s gonna pay for her until the next big ticket comes around!”

Oh dear. Allegedly the ‘media storm’ and I use that term loosely got to be too much for Mario and he dumped Ms Dexter.

“Mario had been seeing Kasey behind Ramona’s back for eight months and was giving her the usual line that he’d marry her after he left his wife. But after the affair blew up in public, he blindsided Kasey by cutting off all communication with her,” an insider revealed to The Star on Wednesday.