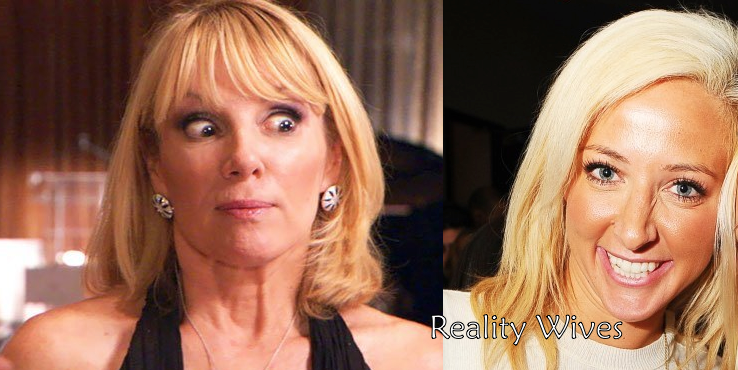 According to records obtained by Radar, the New York socialite that Ramona Singer’s husband had been seeing spent five days in jail after being arrested on April 24.

Dexter was charged with disorderly conduct and was released on April 29.

According to the New York statute, “A person is guilty of disorderly conduct when, with intent to cause public inconvenience, annoyance or alarm, or recklessly creating a risk thereof” and can include “fighting, violent behavior”, “using obscene language”, “making unreasonable noise” or “refusing to comply with the police.”

The cause of Dexter’s arrest is unknown at this time.

As Radar previously reported, the 57-year-old Real Housewives of New York beauty implicated her 59-year-old husband of two-timing her with 32-year-old fitness professional.

Although Ramona filed for divorce from her hubby after his cheating allegations surfaced, she’s had a change of heart and took him back, even though Dexter allegedly penned a shocking letter to Ramona about her sex-filled affair with Mario.

Dexter’s recent arrest is another set back for her, as she remains entangled in a nasty court case with her former boyfriend, Gregory Peters, who was her boss at Manhattan’s La Palestra gym. The fame-hungry mistress previously admitted to having an “unhealthy obsession” with her Peters who she sued for sexual harassment when the affair fizzled.

Keep it classy Mario, commit adultery with an upstanding citizen. What are your thoughts? Post your comments below.