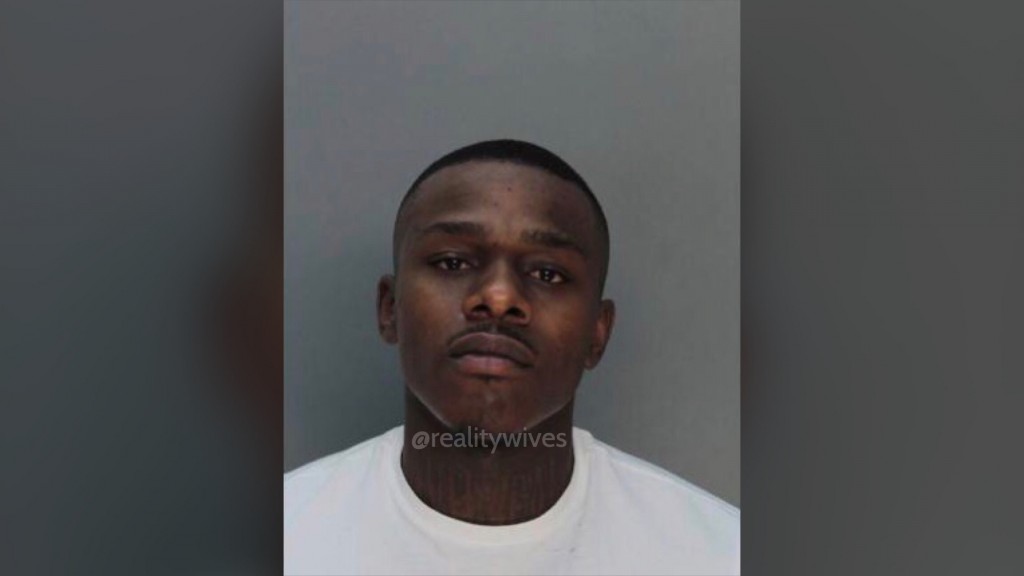 Rapper and songwriter Jonathan Kirk known professionally as DaBaby, was arrested Thursday on a battery charge for punching his promoter in the face, according to Miami said.

Police said DaBaby, 28, was scheduled to perform at Cafe Iguana in Pembroke Pines Thursday, before getting into an argument over his booking fee. According to police, DaBaby, agreed to perform at the nightclub for $30,000, but when the promoter only paid him $20,000, DaBaby was upset.

Police said DaBaby and a group of friends attacked the promoter and another man, knocking one of them to the ground, then taking an iPhone 7, credit cards and $80. The victim told police, one of the people in DaBaby’s group doused him with apple juice.

DaBaby and his friends left the scene in a black sports utility vehicle. When DaBaby returned three hours later to the hotel he as staying in, Brickell’s Novatel Hotel the men identified DaBaby, who was taken into custody and escorted to Miami police headquarters for questioning.

DaBaby denied being involved in the incident. Police did not name any of the other people with him or the promoters.

Miami-Dade Corrections spokesman Juan Diasgranados announced that when DaBaby arrived at the Turner Guilford Knight Correctional Center late Thursday, it was discovered that he had an outstanding warrant for his arrest in Texas.

“Mr. Kirk will stay in our custody until further notice,” Mr Diasgranados said.

The rapper is expected to appear before a judge on Friday. He remained jailed early Friday afternoon.

DaBaby is scheduled to perform with DJ Khaled and others on the 30th January as part of the EA Sports Bowl, the unofficial kickoff “Welcome to Miami Showcase” event at the American Airlines Arena ahead of the Super Bowl. It is unclear if his arrest and possible return to Texas will affect his participation.