Real Housewives Of Atlanta: “You Fire Porsha Williams & We Walk!” 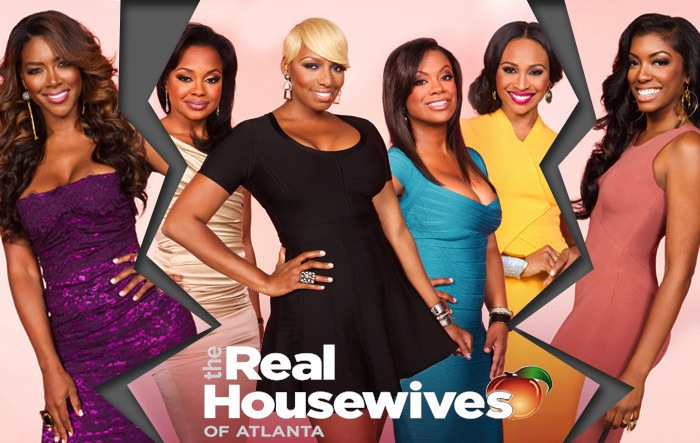 via TMZ:
The entire cast of Real Housewives of Atlanta minus one is threatening to walk off the show if Porsha Williams is fired over her fight with Kenya Moore.

The one holdout Kenya Moore.

Sources close to the show tell us the women hatched their plan this weekend at Kandi Burruss’ wedding telling the show’s producers how much they despise Moore because of all the drama she stirs up.

As we reported Williams attacked Moore during taping of the reunion special and producers may use the bitch fight as justification for giving Porsha the axe.

We’re told since the brawl, ALL housewives’ contracts for next season have been put on hold until show honchos figure out what to do with Porsha.

But sources tell us the women have made it clear they’ll walk if Porsha gets fired and we’re told Nene Leakes and Phaedra Parks are making a play to get Kenya fired instead.

I don’t believe this, the entire cast has given Bravo its best ratings ever, plus the only one that doesn’t need the money is Kandi Burruss-Tucker. What are your thoughts? Post your comments below.