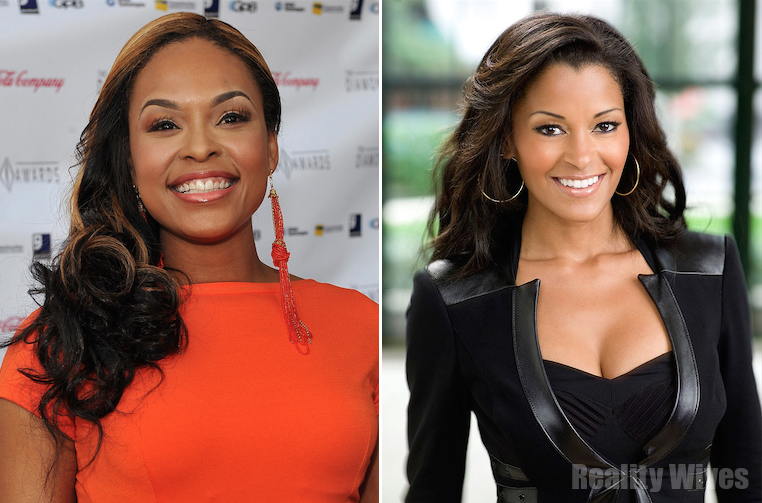 via Daily Mail:
Bravo is trying out two new women for their Real Housewives of Atlanta franchise. The TV network has cast actress/singer Demetria McKinney and model/host Claudia Jordan as what they call ‘B characters,’ MailOnline has learned.

Both women will shoot scenes with the principal cast members — NeNe Leakes, Phaedra Parks, Kandi Burruss, Cynthia Bailey, Kenya Moore and Porsha Williams — and the network will wait to see how the audience responds to them before determining if they’ll make them full-time cast members.

They don’t hail from Georgia and Claudia just moved to Atlanta from Los Angeles. Both are unmarried.

McKinney, 32, is a single mom of a 12-year-old son and former star of Tyler Perry’s sitcom House of Payne. Born in Fort Walton Beach, Florida, McKinney has been in a long-term relationship with former Tyler Perry Studios executive Roger Bobb.

She has also appeared on shows like Necessary Roughness, The Rickey Smiley Show and Boulevard West, and is working on her first CD. She released a single and music video for a song called 100.

‘Bravo is really high on her. She’s likeable, works well with the other ladies and is intriguing without contrived drama,’ a source close to the network tells MailOnline. ‘She has wealth, loves fashion and fine things, and is in a real relationship with a high-powered entertainment executive.

Critics of the franchise have complained the lack of Southern roots for some of the Housewives and Demetria and Claudia would not be the first.Cynthia Bailey, though married, moved from New York City to join the show. Kenya Moore flies in from LA to tape & has no man; Kandi Burruss wasn’t married her first 5 seasons; Kim Zolciak was an unmarried mistress for her first few seasons.

In the past, Real Housewives of Atlanta producers have completely edited B characters from the show if they don’t like the final outcome of their scenes with the principle cast members.

Both Porsha Williams and Kenya Moore began as B Characters who were made permanent. Last season, Natalie Macklin, wife of R&B singer Christopher Williams, and Mynique Smith, wife former NFL player Chuck Smith, are examples of two who didn’t make it through they appeared in a few episodes.

Production on RHOA began last month. As of now, it is expected both ladies will be seen when the show returns in the fall — it’s just too soon to determine if they will ultimately hold the peach.

RHOA Star Apollo Nida To Report To Prison In Lexington, Kentucky, On 10th September At Noon