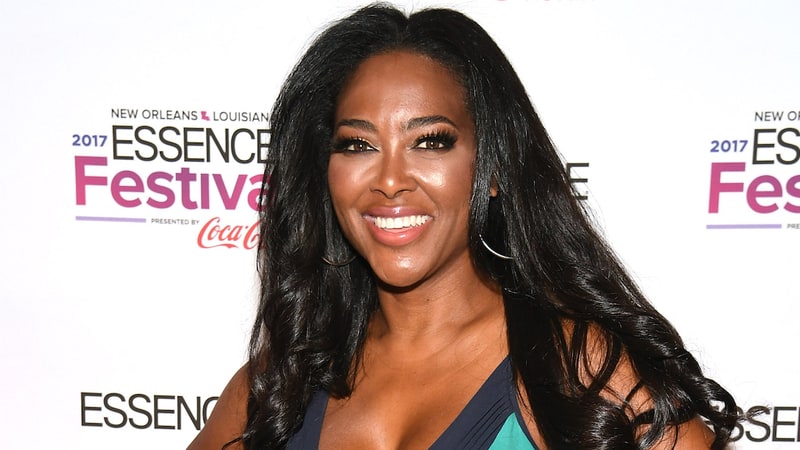 Speculation is swirling that Kenya Moore quit the Real Housewives Of Atlanta after she failed to join the rest of the cast on a trip to Barcelona, Spain.

According to a gossip blog, the problems began when the other housewives reportedly lobbied producers for Kim Zolciak to be included on their Spanish sojourn and requested that Kenya, 46, be left behind.

That appeared to be what was happening until Zolciak posted a note on Instagram on Wednesday, September 27, saying that she wasn’t going on the trip.

But after Kim, 39, decided she wasn’t going, Kenya didn’t join the gang, instead, actress and model Eva Marcille was announced as a new member of the RHOA cast for season 10 and she flew out to join the ladies in Europe.

Production claims, “Kenya has not quit the show, nor has she been fired.”

The former Miss USA has been targeted by Kim this year, with the mother of six claiming that Kenya’s June wedding to Marc Daly was a sham.

Her marriage is said to be part of the issue with producers who want Marc to appear on the show. “Her husband is a former investment banker who has never sought the spotlight. However, he wants to support his new bride and her career apparently not fast enough,” the source says.

If Claudine “Dina” Manzo’s husband didn’t appear on RHONJ I don’t see why Marc has to.

“Kenya was pulled from the cast trip last-minute and Bravo may be playing a bit of hardball to get Kenya’s new husband on the show by limiting her on-air appearances. Kenya is a newlywed and has to respect her new husband’s wishes to not be part of the show,” the source claims.

The source added that the backstage drama is taking a toll on the reality star: “Kenya has been trying to have a baby and the stress has caused her unnecessary emotional distress.”

Kenya seemed to address the rumors with an Instagram photo on Saturday, September 30, that showed her calmly looking off into the distance with the words, “A Sitting Queen never quits and cannot be removed from her throne.”

More in Real Housewives Of Atlanta, Reality Television (546 of 3045 articles)