On tonight’s Real Housewives Of Atlanta – Ms. Parks Goes to Washington was a nice escape from Atlanta for some of the ladies. 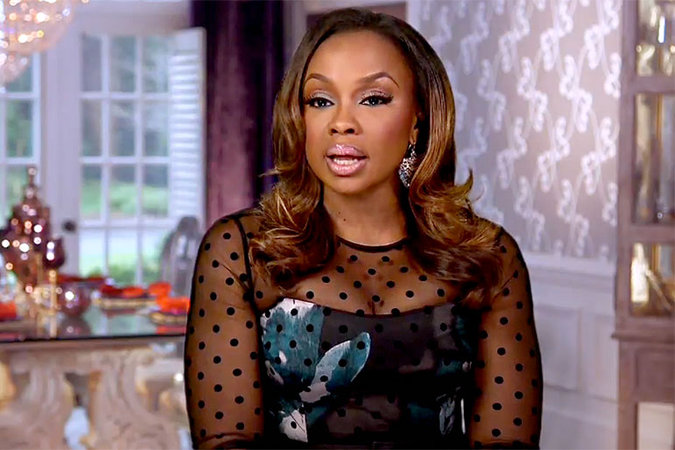 Apollo Nida calls to speak to his children from jail, he believes he is going to successfully co-parent while he is incarcerated. He was able to speak to Ayden, 5, Dylan wasn’t home. It was nice to see Phaedra allow him to speak to his son. Phaedra is planning on attending the Million Man March in Washington, DC as she was presonally invited by Louis Farrakhan plus she wanted to promote her organization, ‘Save Our Sons’ – which she claims she wants to help Black men triumph in life – to graduate from college and to not end up in prison, like Apollo.

“I wanted to say some things to you that are difficult for me to say,. As you know, you and I never really talked about your mom. I didn’t want to be in the middle. I just want to make it really clear to you first, that I love you very much, but I think you also have to realize that I love my sister too. I don’t judge her. She was a young girl when she found herself pregnant and I think, personally, she had every right to give up her child,” Lori said.

Although I understand what Lori is saying, it’s got to be confusing for a then young Kenya, to understand why her mother didn’t want to acknowledge her, but her mothers entire family welcomed her in their family. That has got to hurt still as a 40+ year old woman 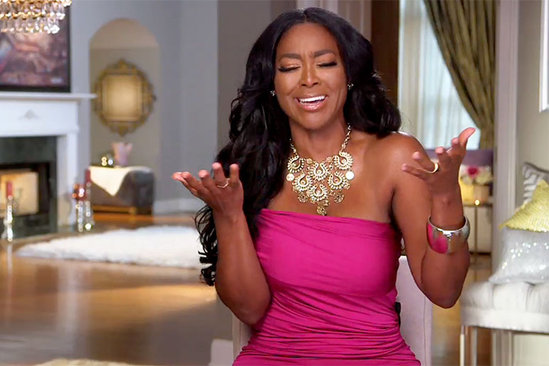 “I’m not judging her for wanting not to keep her child. What I’ve always had a problem with is the way she treated me when I did come back into her life — the things that she has said to my face, to your mother!” Kenya said.

Kandi and husband Todd inform her aunts and mom that they’d like to open a family restaurant with their aunts recipe’s and blessing. The recipe’s came fmor Kandi’s aunts. Kandi didn’t appear to be all that excited about the venture, but Todd was gung-ho that it would be easy, all you have to do it, “come shake hands, take pictures, hug babies and chill out.”

Back in DC, Phaedra her sons, Kim Fields and her sons, Sheree Whitfield and her 19-year-old Kairo head over to visit congresswoman Frederica Wilson and her ugly hat, she said, “People really do not like African American boys. They are stereotyped and they do not have high expectations for them,” Kim grabbed her sons and escorted them into another room. She was shocked at the language spoken and wasn’t prepared for her children to hear such words so early in their life.

Sheree and Phaedra thought that was rude. Phaedra brought along a nanny and makeup artist, Kim did not so she had her hands were full. 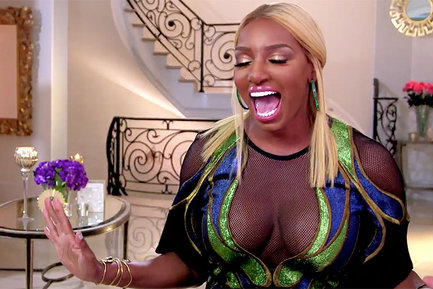 Nene and Gregg Leakes visit Cynthia and Peter Thomas, Cynthia was salivating and almost orgasmic that Nene was back in her life. Sh asks Nene to unblock her on twitter. How sad. The ladies chit chat and get back into the swing of things.

More in Real Housewives Of Atlanta, Reality Television (1434 of 3074 articles)