On tonight’s 6th March, episode of the Real Housewives Of Atlanta episode, Cynthia Bailey’s Eyewear commercial is revealed and Phaedra Parks and her children visit her husband and their father Apollo Nida in prison.

Baby Ace is doing well, and the doctor gave Kandi Burruss and Todd Tucker sex tips during the final weeks. The doctor also asked if Todd had a push present for Kandi, he of course didn’t.

As expected, Kim Fields stated she was not going to work with Kenya on her youtube soap opera. “I looked at it. It’s got some potential but I don’t think that she and I are going to work well together. We’re just like oil and water, so that’s off the table.”

Cynthia visited Kim to see her eyewear advertisement, Cynthia is pleased with the product so far. The advert was basically a promo for past and present RHOA stars and did not showcase Cynthia’s sunglasses.

Porsha Williams is taking part of a photo shoot for her Naked Lingerie line, with herself  and Cynthia. The lingerie looks nice and she has a variety of different models of different sizes, which is awesome. 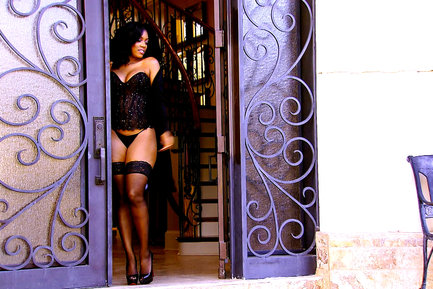 Kenya Moore introduces Matt to her Aunt Lori. Lori is worried that Kenya is used to men who have money and power, insinuating that Matt has no money, may be he has power.

Kenya says in her confessional, “Could he be the one? I just don’t know but I’m really scared to death that he may be. He really just may be the blessing that I’ve been looking for.”

During a fondue date with Matt, Kenya get’s down to business, “Do you feel like you’re ready to settle down? Do you want children?”

Kenya responded, “Let’s be honest, I’m not a spring chicken. I don’t have five or 10 years for frolicking to make up my mind. I’ve already started the process of medications and saving eggs and things like that.”

Matt says, “It sounds like our time frames are the same.” Hmmm interesting.

Phaedra Parks decides to take her children to visit their father Apollo Nida in prison. They all fly to Fort Dix, New Jersey with Phaedra’s mother. Cameras were not allowed inside the jail. When they returned to the car, Phaedra was more concerned with Apollo new mohawk haircut, which she and the boys didn’t like. I would be more concerned if Apollo had cornrows.

“I thought Dylan and Aidyn would be be a little more excited, but they were a little antsy because they didn’t have any toys,” Phaedra says.

More in Real Housewives Of Atlanta, Reality Television (1253 of 3074 articles)