Real Housewives Of Atlanta | Who Is Big Poppa?

People are still asking who is Big Poppa, you would have to be living under a rock or not watching the wonderful mess that 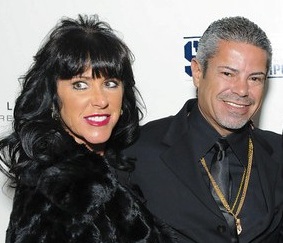 Lee’s eldest son Jared lives in LA and has been referred to as the ‘Godfather’ of his posse which include; Brody Jenner (Bruce Jenner’s son) & Spencer Pratt. Jared has been known to bankroll his buddies including Brody and Spencer. Brody also mentioned in an interview that Jared was the only 24-year-old at the time of the interview he knew with a black American Empress card.

Here his children (Jared was not included), wife Kim and Lee are featured on an episode on MTV Teen Cribs, Lee pops up throughout the video and makes an appearance at the 9:40 mark. Their house is disgustingly fabulous!

The home was up for sale in 2009 for $25 million. A large part of the movie Zombieland

was also filmed in this house.

According to TMZ, the photo was taken last November at the Hotel Atlantis in the Bahamas. Though TMZ fails to name the man in the photo, he definitely strikes a strong resemblance to Lee Najjar, who has been pretty much confirmed to be Big Poppa.

Kim has claimed Big Poppa was separated from his wife in the past. There has however been no official confirmation on whether or not Lee Najjar is really separated.

Kim’s former publicist, Jonathan Jaxson posted some scandalous things about her in 2009

Kim is getting married next Friday to her son’s father Atlanta falcon Kroy Biermann. Tune in this Sunday for the season 4 premiere of our Georgia peaches.

Although knowing what I now do about reality television, I have to wonder if this was a rouse to drum up drama for Kim. If there was ever a man to trap and get pregnant for, it would be Lee Najjar. 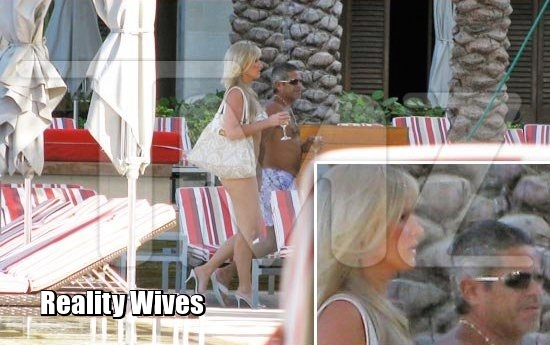 More in Real Housewives Of Atlanta, Reality Television (2920 of 3070 articles)