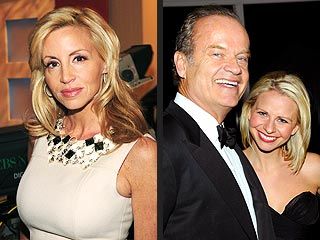 Camille in the upcoming second season of The Real Housewives of Beverly Hills jokes that her ex had “big hands, big feet”, before joking that he was a “big disappointment,” suggesting he wasn’t as well-endowed as she had hoped.

She adds, “I had that for 13 years, unfortunately.”

However his new wife Kayte responds to defend her new husband who she was having an affair with before Kelsey informed Camille his wife of 13 years their marriage was over.

‘Perhaps the fault lies not so much with the member in question but rather with the inspiration at hand.’

More in Real Housewives Of Beverly Hills (701 of 806 articles)