It’s Alexia Venue party and all the ladies look fabulous! Mama Elsa confronts Elaine Lancaster about the lies she is allegedly spreading about Marysol. Karent who wasn’t invited, tells the ushers at the door her name and doesn’t forget to add “Doctor”. Ana’s face is hilarious when she sees Karent.

James Davis aka Drag personnel Elaine Lancaster arrives and Elsa is not happy as he has been talking about Marysol and her business ethic. Elsa of course takes him to task. Elaine hilariously claims he cannot understand the tipsy Elsa. Elsa slurs, “who are you?” Elaine responds, “you should read a celebrity page.” And adds, “You’ve had a bit too much to drink” Well duh! “I don’t drink.” “Whoooa! The joke of the century.” I could listen to these two for hours. I’m kidding of course, but that was funny. Elsa, unsteadily, tries to get up and Elaine tries to help her, “Don’t tourche me, don’t dourche me.” Elsa falls down. “You just leave.” And with that Elaine left.

Again why is Elsa drinking, especially after the last time she passed out tipsy with a heart condition at an event.

Marysol: “What evil words will be wrapped in a riddled jest for me, this time around”

Lea arrives and sits down and immediately starts to get on Marysol’s nerves, telling her that she is hearing stories, that she doesn’t like Marysol, or that is trying to hurt her.

Marta: "I can continue to be lazy at a rich person's house, yay!"

Lea claims she does like her and she is there for her and she is officially invited to the gala. As quickly as Lea waltzed in with her apology, she was as quick as her slightly insensitivity to Marysol’s marital issues, in that Lea joked about Phillipe, Marysol’s estranged husband’s green card. Lea is oblivious or doesn’t care what anyone thinks. Marysol changes seats and moves further away from Lea.

Adriana decides this is the time and place to confront Karent and pulls her aside to tackle her issues with her. Adriana starts off with Karent seemingly thirsty for fame and limelight and brings up Karent tweeting a picture of herself with Adriana’s idol, the master and creator of Kinetic art, Carlos Cruz Diaz. Karent posted her picture before Adriana did.

Adriana: “I don’t go to your office and pull anybody’s teeth”

Alexia joins in, figuring that Karent was there to ruin her party. Really? Adriana was the one that thoughtlessly decided to start that mess at your party. Both Karent and Alexia think they are at a photo shoot and strike up blinding smiles and flip their hair for the camera.

Colgate & I go way back

Both Adriana and Alexia, gang up on poor Karent, then silly Karent mentions Alexia’s son . I always prayed for your son. I sent you messages when your son was in the hospital, why are you attacking me. Alexia’s son, Frankie, was involved in a serious accident a few months back. Wrong move, Karent. In Karent’s defense, she was trying to prove a point of the fact she was trying to be Alexia’s friend and not trying to be fake. Then Karent mentions Colgate. Is Karent sponsored by them or wants to tell the ladies to brush their teeth. She is a spokesperson for them. In truth, Adriana shouldn’t have chosen her friends party to have that discussion and host Alexia should have asked the ladies to take it else where. Alexia tells Karent to leave. Poor Karent. Karent kisses everyone goodbye.

Alexia: “You just came into the group, so you’ve got to earn your place”. Is this Basketball Wives? Wrong show Alexia.

"You have to earn your place, Doctor!"

Marta is moving into Lisa’s gargantuan home! She has a maid now, so she is set. Back to mega-awesome-mansion, Lisa’s. Marta tells Lisa about Romain’s emails with his soon to be conquest.

Joanna talks about her relationship with Lisa and Marta. Joanna tells them she wants the relationship to work. Lisa suggests that Joanna make dinner for Romain. That’s how we do it in Miami, when our boyfriend cheats on us, we make them a savory meal. What a crock.

Ana and her soon to be ex-husband talk about splitting up their business. Ana makes a snide comment about his new girlfriend being a 12 year old and getting a pre-nup. Ana he is not yours anymore, you have already stated this. And Robert as a lawyer how could you not think about a pre-nup for your second, third, fourth marriage etc,.?

Lisa visits Karent and Karent tells her what happened with the gang up at the Venue party. Lisa is of course shocked.

Ana visits Alexia, and she is shooting hoops with Frankie is making a slow recovery. She starts to cry, this is heartbreaking.

No apology after I cheated and I get a cooked meal

Super sleuth Joanna find emails allegedly written by her fiance of 5 years; engaged people, stop with these super long ‘engagements’. How stupid do the producers think we are.

Joanna finds emails on Romain’s unlocked computer? I’m more concerned that one of the emails she looked at has the word ‘Thirsday’ spelled incorrectly. If your going to cheat, spell correctly! Please! Joanna decides she needs to fight for her man. Don’t give me that, many of us women have fought for bigger losers. But the last thing I’m going to do is cook for the man who cheated on me. Yes he cheated he kissed the other woman, and don’t think for one minute he didn’t sleep with her. That is of course if it is not a bravo producing edit. Any way he bought Joanna a 12 carat necklace not too long ago, I guess all is well. Plan to cheat throw some carats on her neck and all will be forgiven. 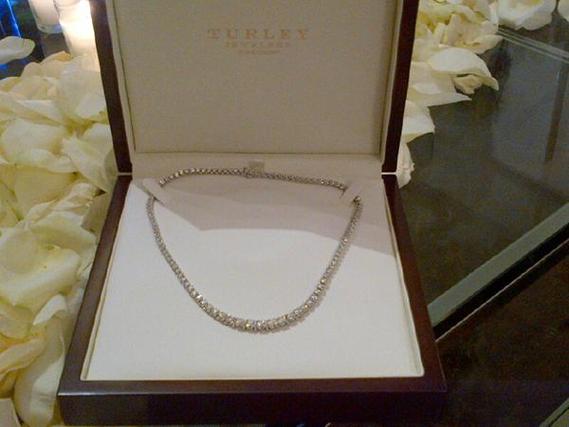 12 carats of forgive me & let's make this work

More in Real Housewives of Miami (43 of 73 articles)