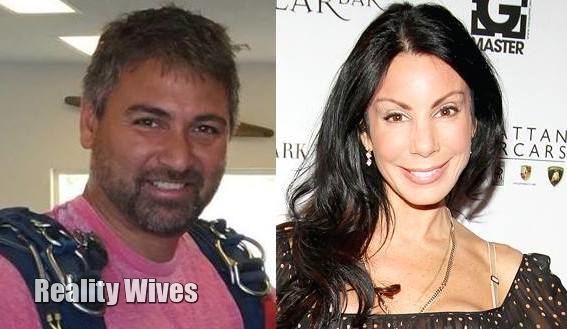 Former Real Housewives of New Jersey star, Danielle Staub, 53, is getting married! Danielle is engaged to her boyfriend Joe Masalta. The former reality star recently changed her Facebook status from single to engaged.

“I am thrilled to be engaged to Joseph, he is an extraordinary an honorable man, and I’m happier than I’ve ever been in my life. I am overwhelmed and incredibly grateful for the outpouring of well wishes and support. Thank you from the bottom of my heart. Joseph has helped me recognize the important things in life. As I embark on this new journey in the spirit of love and forgiveness, I’d like to apologize for mistakes I’ve made in the past. I feel like a big weight has been lifted off of my shoulders, and I am finally happy,” Danielle says.

Joe is a Navy SEAL Special Warfare and intelligence expert. He was a Navy SEAL for 16 years and served on SEAL Team One, SEAL Team Three, and Naval Special Warfare Group One. He led maritime anti-piracy security details in the Arabian Sea and protection detail missions in the Middle East. In recent years, he founded Masalta International, an executive security, counterterrorism, and intelligence consultancy. In addition, Joseph has started several organizations and groups that promote fitness and community.

Joseph says: “Danielle is the most beautiful woman I’ve ever met in my life, inside and out, and I am head-over-heels in love with her.”

Danielle, has been married twice before, first to Kevin Maher who was mentioned in the book Cop Without a Badge

Danielle and Joseph have not yet set a wedding date but say they will tie the knot in 2016, “We are happy, peaceful and grateful to spend the rest of our lives together.”

Normally with an engagement announcement there is a beautiful picture of the happy couple with a shot of the engagement ring. What are your thoughts? Post your comments below.

Master P To Wife Sonya Miller: “You Can Stay In The House, But Stop Throwing Parties With Your Boyfriend”