Real Housewives Of Orange County star Shannon Beador had to be rushed to hospital after blood started pouring from her nose and eyes.

Shannon, 53, told her 800k followers all about her ordeal on Friday that happened while she was taking her daughter, Sophie, to her local DMV.

“Poor Sophie. I feel horrible for traumatizing her today. Was driving with Sophie to the DMV this afternoon so she could finally get her license and my nose started to bleed. Then it started gushing out of my nose, down my throat, and out of my left eye. Sophie had to call 911. I was sitting in the DMV parking lot with blood spewing out everywhere. Was in the hospital all afternoon, but everything is ok now. Probably because if the dry weather here. I made Sophie stay at the DMV and had someone meet her so she could still get her license. She passed!!! ❤️ And then thought it was ok to drive home and take her sister out for ice cream without asking. Car rules are being laid down tonight! #eventfulday #lettheweekendbemellow” 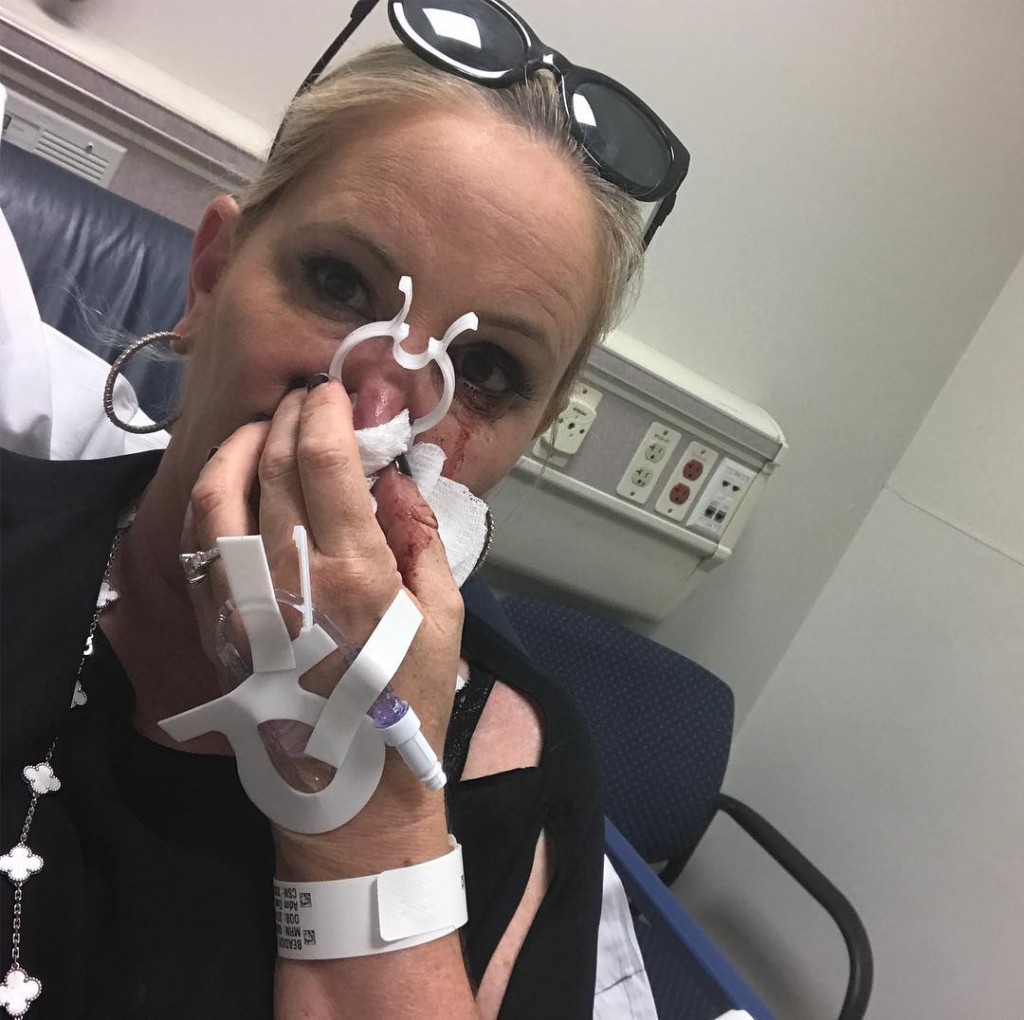 Shannon joined the cast of RHOOC for season 9 and is currently in the midst of a weight struggle storyline while she also openly feuds with co-star Kelly Dodd.