As you know the Real Housewives Of Salt Like City premieres in November.

What stuck out to me was that Mary Cosby the only seemingly Black cast member of what I thought would be fully Europeans … with the exception of Jen Shah who is Tongan and Hawaiian.

Mary’s official bio reads as: With a penchant for God, couture and only the finest champagne, Mary Cosby, is a Pentecostal First Lady who inherited her family’s empire of churches, restaurants and more. The caveat in her taking over the family business was that she marry her late grandmother’s second husband, Robert Cosby Sr. They have since been married for 20 years and have one teenage son together. Small but mighty and always dressed to the nines, her unconventional past has made her guarded and she quickly finds herself on shaky ground with some of the ladies.

So let’s start from the beginning. Mary’s grandmother Dr. Rosemary Redmon Cosby was born on the 5th April, 1931 to Thomas and Myrtle Kelly Redmon on the southside of Indianapolis, Indiana.

Rosie received a Doctor of Divinity Degree from the Trinity Hall College and Seminary, Louisville, Kentucky.

In 1960, Rosemary moved to Salt Lake City to continue her Christian work with her four young children. (I haven’t found anything about her first husband or baby daddies but will update when I do).

According to sources, Rosemary didn’t have a car but took a bus part of the way, hitched rides and walked from Indianapolis to Salt Lake City. WTH?!

Rosemary and her children started having church services in her home, and in 1968, which she then founded the Faith Temple Pentecostal Church.

Rosemary then 42, married her second husband Bishop Robert C. Cosby when he was 22-year-old in 1975.

Rosemary died on the 4th January 1997 in her vacation home in St. Cloud, Florida at the age 65. Her husband was 44. Her husband and Rosalinda Cazares, one of her four children, were appointed personal representatives of the estate, which included a restaurant, day care, a radio station and other businesses in Utah and Indiana.

When Rosemary died she had six children it’s safe to say she and husband Robert had 2 children together, she also had 18 grandchildren (1 of which is Mary) and 13 great-grandchildren.

A Cosby family member Pamela Cosby (probably a teenager) and boyfriend, Donald James (may be married) had a son Demetrius Tyrone Cosby, born on the 13th March, 1969, he was adopted by Rosemary as a newborn and when she married her husband Robert he adopted him too. Unfortunately Demetrius was killed after being shot by a gun, on the 7th April, 1999 at the age of 30.

An autopsy was requested after she was buried by one of her daughters, Rosalinda Cazares, who believes Robert Cosby had something to do with the death. Rosalinda said authorities in Florida were still investigating her mother’s death in 1997.

“Her heart was A-1 and she was in good health,” Rosalinda said.

Robert called the accusations “ludicrous and ridiculous” and said the entire ordeal of having to retrieve his late wife’s body from the Salt Lake Mausoleum was like “putting salt on a wound it just burns and hurts.”

Before her mother’s death in January 1997, Rosalinda led the church’s choir. After Rosemary Cosby’s death, Rosalinda left the church and took part of the Faith Temple congregation with her. Two of her children, Denise Jefferson and John Cosby, both remain loyal to Robert Cosby’s congregation.

Results from the autopsy had not silenced suspicions of Rosemary Cosby’s daughter, Rosalinda Cazares, who believes Robert Cosby had something to do with the death. Rosalinda said authorities in Florida were still investigating her mother’s death at the time.

Daughter Rosalinda Cazares was still not happy with how the autopsy turned out and filed a lawsuit in 3rd District Court accusing her stepfather of mishandling the estate’s assets and conspiring to deprive her of her share of her mother’s fortune.

Rosalinda alleged assets were fraudulently diverted after her mother’s death. A 3rd District jury awarded the estate $1.2 million in damages and ordered Robert Cosby and Annie Johnson, business manager of Faith Temple, to pay the money to Rosemary’s daughter Rosalinda.

Robert Cosby Sr, 45, married his step-granddaughter, Mary Harris, 25, in September 1998. They have a son together,

I will update when more information is available. 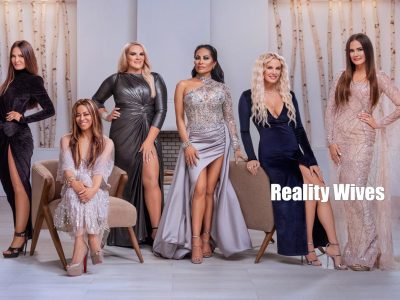