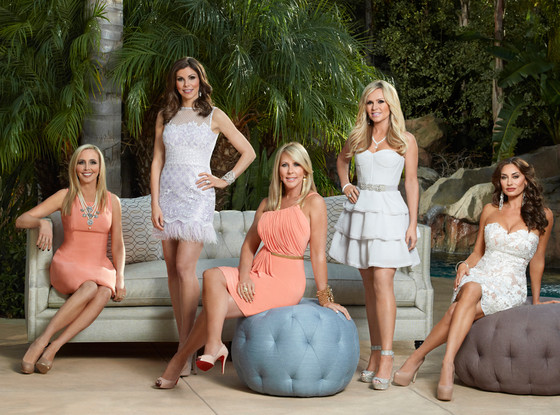 The Real Housewives of Orange County are back on Monday 14th April at 9/8c. Returning veterans Tamra Judge, Vicki Gunvalson and Heather Dubrow and new cast members Shannon Beador and Lizzie Rovsek. Danielle Gregorio also joins the cast as a friend of the Housewives.

Last season Vicki’s daughter Briana was confronting Brooks at the Real Housewives of Orange County reunion over voicemails he left saying Ryan, Vicki’s son-in-law, should hit Briana to keep her in line. Brooks is still in the picture and causing friction between Vicki and her daughter. Meanwhile, pregnant Briana and her family may move away after Ryan is told he’ll likely be stationed in Oklahoma.

Newly married Tamra is working on her new gym, Cut Fitness, with her husband Eddie. With marriage comes baby? Maybe as Tamra and Eddie explore the possibility of having a child together.

Plus, Heather’s acting career is in high gear while she and husband Terry build their new dream home. And it seems the new Housewives aren’t taking too kindly to the mom of four’s behavior.

Gone from the show are Alexis Bellino and Gretchen Rossi. In their place, Bravo has added Shannon; described as having “unflinching honesty and unconventional ways,” this mom of three keeps her house toxin free. And then there’s Lizzie, a former Miss Kentucky. She’s a beauty pageant judge, owner and designer of Sun Kitten Swimwear and dreams of being an actress.

A new friend to the Housewives, Danielle is a mom of three and is a co-founding member of the charity Heels2Heal-OC. 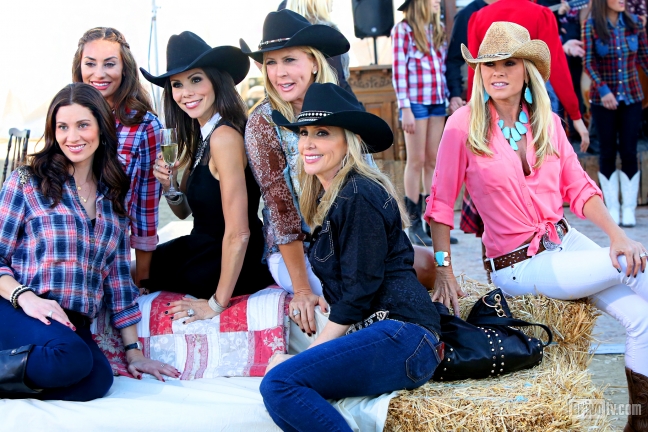 More in Real Housewives Of Orange County (192 of 364 articles)