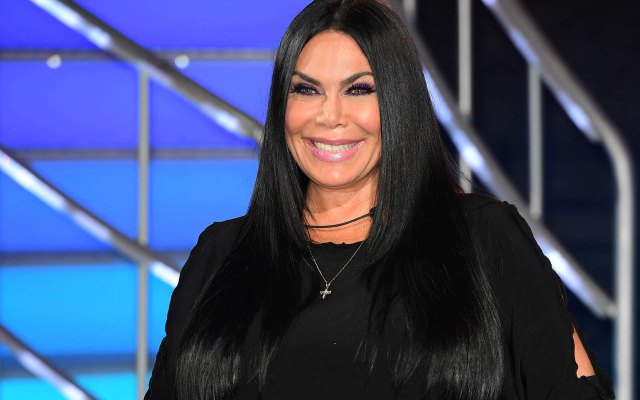 The former Mob Wives star overdosed on Oxycontin in 2007.

Renee Graziano has entered rehab for substance abuse issues and depression over the years – and she’s finally in a healthy place. The former Mob Wives star revealed in an exclusive interview with RadarOnline.com that she’s clean and sober today.

“When I’ve gone to rehab, it’s been because I would get high to not feel, to suppress my feelings and get out of my own head,” Graziano, 48, told Radar. “It has never been about partying, it’s been more about trying not to feel all of the physical and emotional pain from the abuse I’ve suffered.”

She added that she’s “grateful” to be “clean and sober.”

Graziano previously told Radar in January 2017 that she had overdosed on Oxycontin.

“I was prescribed pain medication for a broken coccyx, they were giving me oxys (sic oxycontin) and sleep meds,” she said of the July 4, 2017 incident. “I didn’t eat and I wasn’t sleeping for days at that point and my body caved in. I had almost no potassium and that causes a heart attack. I collapsed. I had an overdose and my mom didn’t know what to do so they called the ambulance. They put me on an IV and a 72-hour hold.”

Graziano entered rehab for the fourth time on October 4th, 2017.

“I spent two weeks detoxing because after the first week my stomach blew up and they found a tumor,” she explained of the stint at Transitions Recovery Program in Miami. “This is what happens when you neglect your body and don’t pay attention.”

Graziano has also entered rehab for depression. She has been open about her battle with Post Traumatic Stress Disorder. She is now an advocate for mental health.

“This cause is incredibly important to me because, as someone who struggles from mental health issues, I feel like there’s a lot of misinformation out there,” she told Radar. “Thirty years ago, I didn’t know what I was suffering from was depression. My family wasn’t big on medication, and back then, being diagnosed with any sort of mental health issue was really frowned upon.”

She added how she wants to educate others and erase the stigma.

“I hope to help show others that they’re not alone and there are many resources to help them,” she said.

Graziano has also been reeling from the death of her beloved friend Angela “Big Ang” Raiola. The late Mob Wives star passed away from brain and lung cancer at the age of 55 in 2016.

“How does one ever cope with death?” she asked. “Ang was the kindest soul, and the funniest woman I knew. She is with us in spirit.”