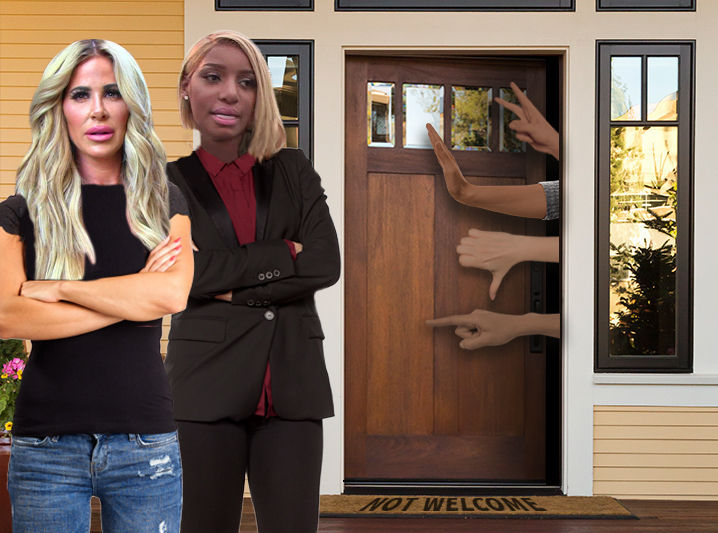 Former Real Housewives Of Atlanta stars Nene Leakes and Kim Zolciak won’t get a warm welcome from their fellow RHOA cast members, who think the former dynamic duo is too messy and too expensive.

Sources close to RHOA production claim the women are saying there’s no need to bring back Nene and Kim back because all they bring is over-the-top drama just to get camera time. Isn’t that the point of the show. One source says there’s “no substance.” Because there’s currently substance on the show now?

There is also a financial concern that Kim and Nene’s massive salaries might chew up the budget, resulting in lower raises for the current cast.

Sources say certain housewives called production Thursday to complain about the infamous frenemies returning. We’re told some of the current housewives feel disrespected after working hard to keep ratings up which they have, and now producers want to “add bulls***.”

Ironically, it sounds like all this dissent would create real drama with substance.

This is TMZ so it’s most likely true, production runs to them every chance they get. So who doesn’t want the original frick and frack back?

More in Real Housewives Of Atlanta, Reality Television (826 of 3074 articles)