All The Real Housewives Of Atlanta Ladies Are Coming Back, Including Nene Leakes & Kenya Moore 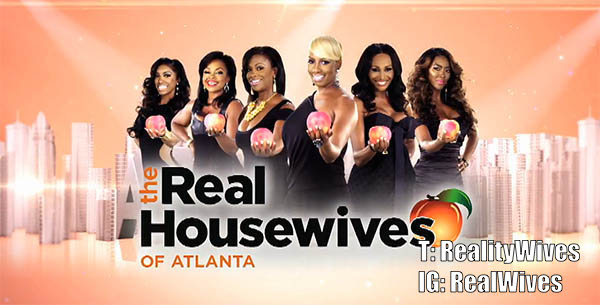 via Radar Online:
A beatdown? An arrest? No problem! The wild women in the cast of the Real Housewives of Atlanta broke ratings records this season with their on-screen battles and now Radar Online.com has exclusively learned that all of the women have been asked back for the next season, even controversial Kenya Moore, but they’re going to cost the network some serious cash.

“ALL of the ladies are coming back, they’ve all been given their contracts,” a source revealed to Radar.

“That brawl between Porsha [Williams] and Kenya was the best thing to happen to the show and the Bravo producers want all of the women back for more drama next season.

“Even NeNe Leakes staying out of the fray made headlines because she always has something outrageous to stay and they want to make sure that she’ll be back too.”

There were outcries for Moore to be fired after the reunion fight, but the source told Radar that even she isn’t on the chopping block this time.

Cynthia Bailey, Kandi Burruss and Phaedra Parks are all in negotiations too, but there is one sticking point in the process — money.

“Everyone wants more money this season,” the source told Radar.

“They KNOW how well the show does, how all of them are making those network folks tons of money and the ladies want a part of that.”

Unlike the failed financial coup for the Real Housewives of New York City, the source said the RHOA women aren’t banning together to fight the network.

“These ladies are smart and they know how to negotiate so they’re confident that they can get their raises on their own.”

Nene Leakes Gets A Raise For Season 7 Of RHOA, Of Course

Nene Leakes Gets A Raise For Season 7 Of RHOA, Of Course