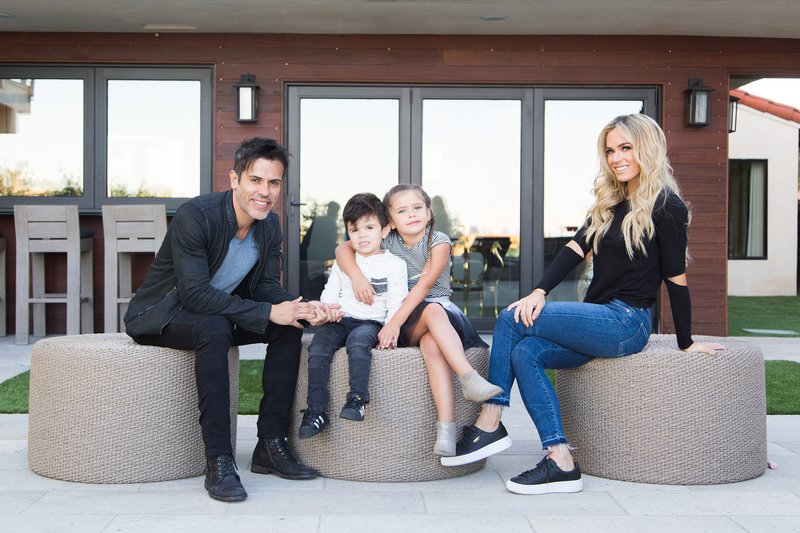 Teddi Mellencamp Arroyave is getting real about the struggles she experienced with in vitro fertilization and the complications surrounding the birth of her 3-year-old son, Cruz.

The 36-year-old wellness accountability coach and her husband Edwin Arroyave — who are also parents to 5-year-old daughter Slate — had an emotional sit-down with Dorit and Paul Kemsley on Tuesday’s episode of The Real Housewives of Beverly Hills, opening up about one of their darkest days.

They began by confessing they weren’t interested in having any more kids after the ordeal they went through with their youngest child.

“We had a really scary delivery with Cruz,” Teddi said, explaining that Cruz wasn’t breathing when he was born. “They put him on me and one of the nurses was like, ‘He’s not okay, Code Blue.’ And I was just sitting there, and he wasn’t breathing.”

As a sea of doctors swept in and Cruz was taken to the NICU, Edwin was dumbstruck. “I just remember my sisters were in the room and they’re crying. [Teddi’s] crying. I was like, ‘Holy crap,’ ” he said. “I was just praying like, ‘Lord, give me one more chance. I’ll never do this again.’ ”

The “this” Edwin was referring to was selecting the baby’s sex during in vitro fertilization.

“I made sure it was a boy,” he told the Kemsleys, as Teddi estimated they had 11 female eggs and one male. “I kept saying, ‘I want the boy, I want the boy.’ ”

Because Edwin and Teddi had both pushed for a boy, they said they felt they were being punished.

“I’m his mother. My job is to protect him, and that little bit of me who felt like I was selecting something — I choose for him to be a boy, God didn’t choose for me — it’ll always make me feel a little guilty,” Teddi said.

“IVF is one of the hardest things you can go through as a woman,” she added. “One of your biggest jobs is to make babies and when you can’t, you feel sad cause you’re not able to make your baby. And you also feel sad cause you feel like you’re failing.”

Cruz was eventually diagnosed with a heart condition, and appears to be in good condition now. “All of us have three valves and he has two working valves and the third is like, a rusty valve,” Teddi said.