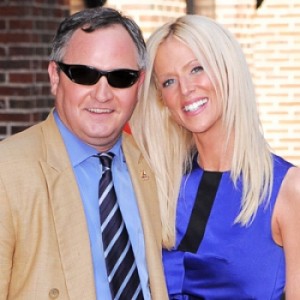 RadarOnline.com has obtained a police report of White House ‘gatecrasher’ Tareq Salahi’s run-in with police last month – and it reveals the Real Housewives of D.C. star is embroiled in a bitter family feud all while his estranged father in is “terrible health” and in hospice care.

According to the report filed July 27, police responded to the Oasis Winery in Virginia after Tareq’s mom Corinne made a trespassing complaint against her son, reporting that her son was “changing the locks on the doors” to the winery and “possibly removing items.”

Tareq told police he was at the property changing the lock on his apartment door located above the winery.

Yet not only are the Salahis under the stress of dealing with bankruptcy proceedings for the property and winery, but Tareq’s father is in “terrible health and currently under hospice care”, Corinne told investigating police.

She added, “I don’t have time to deal with this other stuff!”

According to the report, the reality television star “expressed concern for his father who he hasn’t seen in a while” and with his mother’s permission was able to visit with his ailing father only for a few minutes provided he was under police supervision.

And RadarOnline.com has learned this isn’t the first time cops were called to the winery.

On May 5, former manager Diane Weiss reported to police that thousands of dollars worth of wine had been stolen.

The police report stated that “unknown persons” broke into the garage storage area and took several cases $5580 worth of wine.

Police found no signs of forced entry and no good leads or suspects have developed.

One day later, Corinne called authorities to report another burglary incident that she claimed happened between May 5 and 6 by another unknown person entering the cellar storage area and taking $4800 worth of wine cases.

She told cops because the winery is in bankruptcy “nobody should be on the property.”