RHONJ: Danielle Staub “They Will Be Exposed”

TVGuide.com: A lot of the Housewives reunions are filled with arguments, but how did this get physical and so out of hand?
Danielle Staub: I think I’m going to stand by what I always do and say, the truth, when spoken, is reactions from certain people that aren’t used to having themselves called out. I speak the truth at all times, at all times, and when I do so, and it’s not directed at just me, people seem to fly off their handles, and that’s what I did. You want to call it button-pushing, call it button-pushing, but I call it speaking the truth and having people to react to it.

TVGuide.com: Was there a part of you that didn’t want to go to the reunion? What were your thoughts going into the taping about what you wanted to say?
Staub: You know what I learned a long time ago from these castmates of mine? Never go into anything expecting to be heard, because you won’t. They all make it a point to talk over you. I just go in, I say a prayer with my team and I hope for the best and I hope to get out without physical harm done to myself, and I’m not exaggerating.

TVGuide.com: Do you think they didn’t listen to you because they don’t want to listen or because they’re scared of what you have to say?
Staub: I think its combination of things. They’re afraid of being exposed and they know that their time is coming. Someone will expose them, even if it’s not me. There’s only so much editing you can do to hide all of their faults behind mine. And then it comes down to the truth. The truth is if four of them are speaking at the same time I’m trying to talk, guess what, I don’t get heard. … All anyone is hearing is them because they shut the “F” up to let me say anything. … Big scope of things is that their days are limited. They will be exposed. They are a bunch of fakes and frauds. Teresa [Giudice]’s in the midst of it now and I can’t elaborate on that, but, geez, the news is. … You can only say so much. What did they say about me? Court documents don’t lie? It’s applicable to them too.

TVGuide.com: Isn’t hard going into a situation like that when its 3 against 1? Was there part of you that didn’t want to go?
Staub: There’s always hesitation when I know they’re going to be there. During the season, I didn’t tape but only three times with them. So yeah, there’s definitely hesitation. But I didn’t have to worry about any physical harm being done to me this time because Bravo was way ahead of me and had armed guards there. It wasn’t me that set this up this time.. … Say what you want about me, you don’t see me chasing or attacking any other human being ever. … I have said things, we have all said things, but if you compare what I said about them to what they said about me, I’m reading a nursery rhyme compared to what they’re saying.

TVGuide.com: There is a part with you and Jacqueline Laurita in the reunion where you guys talk that gets a little emotional. Did you ever believe the two of you would be able to work through everything after you were so close previously?
Staub: What people might have forgotten, is that because we were so close, because we genuinely cared for one another, we were very emotional about hurting one another at a certain point as well. It hurts when somebody you care about is attacking you. When she started playing the character that she did and she started really coming after me, and so did her family, including her daughter, via internet, via everything, I never responded to any of their messages ever. … It was hurtful to me to see my friend, not the others, I don’t care about the others, to see my friend really wishing me such harm, I think that is where the emotions come in.

TVGuide.com: There is no official word about Season 3, so why are there reports saying you were fired?
Staub: That would be a good question, I don’t know. I don’t know where that comes from. I’ve never been fired. … I don’t know how those things happen. It does kind of crack me up. Who is to say any of us have made a decision? I don’t think they’ve even discussed any of that. For me personally, I’m just looking to survive the next couple of weeks with the reunion.

TVGuide.com: Looking back at the season, what was the hardest thing to watch or the most difficult revelation for you?
Staub: You know I have been put through so much by these castmates this season, they can’t hurt me. Anything I saw this season didn’t hurt me, didn’t affect me. I’m not going to let it. I’m bigger than that. I’ve grown so much. I’m very comfortable with who I am, and if people don’t want to be around that and see me for who I am, then don’t. But they still keep talking about me. Love me or hate me, you’re still talking about me. 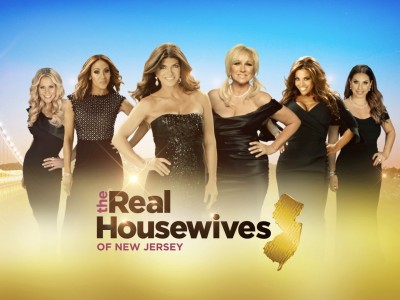 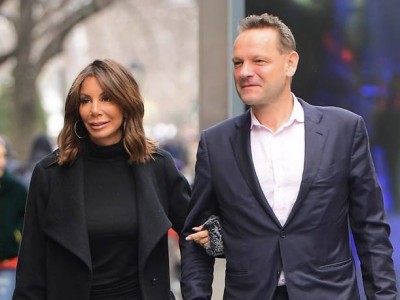