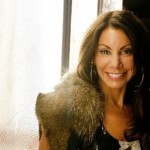 Danielle Staub is set to face her ex-husband Kevin Maher on Friday for the first time since the couple ended their (by all accounts) rocky relationship some 20 years ago.
A judge has ordered the former couple into mediation in Orange County, Calif., to try to settle Maher’s $5 million defamation lawsuit against Staub, filed last year after Staub claimed in the national press that Maher beat her, raped her and shot her dog.

Maher has admitted hitting her, saying he wasn’t proud of it, but denies the other allegations. Maher’s lawyer has been busy this summer deposing, among others, Staub’s fellow housewife Caroline Manzo (via videotape); Steve Zalewski, and Daniel Aguilar, the man involved in a 1986 drug-related kidnapping for which Staub, then known as Beverly Merrill, was arrested. 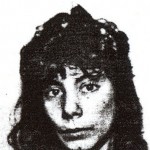 Aguilar testified that he met Merrill through an escort service and later became her boyfriend; Aguilar fronted her 4 kilograms of cocaine to sell to a neighbor, but Merrill and the neighbor claimed that they were ripped off, which Aguilar didn’t believe. When the neighbor tried to borrow money from his father to pay Aguilar off, Merrill pistol-whipped him and threatened the man’s father that she would kill his son if he didn’t wire her the money, Aguilar claims.

Merrill later accepted a plea deal and received five years probation, while Aguilar served time in prison. And he reportedly still wants his money back — he became so enraged during the deposition, Maher says, that Staub’s lawyer requested an armed police offcer present.

“It’s going to be extremely difficult for me and my wife to be able to compose ourselves when we do meet face to face with her on Friday, after what she has done to my family, especially to my mother and father-in-law,” Maher says via email. Staub’s California-based lawyer did not immediately respond to an email for comment.

RHONJ: The Ranting of the Elderly