Teresa Giudice will be back on the Real Housewives of New Jersey. According to insiders, filming will be delayed until later this year because the convicted felon is in final talks to begin filming the hit Bravo reality show after her release. 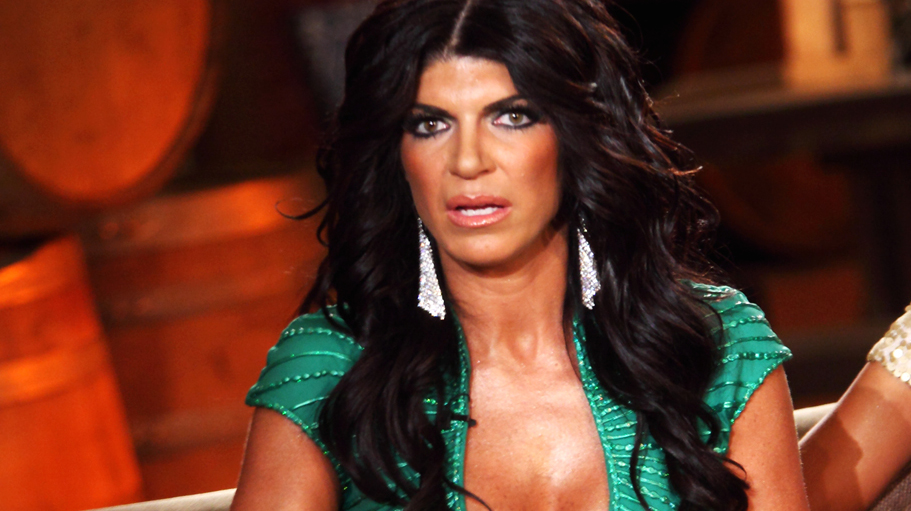 Teresa Giudice during the season 4 reunion

According to a source, “None of the cast members of RHONJ have signed contracts for next season. But there isn’t anything to be concerned about because filming has been pushed from the summer and won’t be beginning until late September, early October. Without Teresa there just isn’t a lot going on with the women. With her on board, cameras would film Joe’s final days with the family as he prepares to begin his 41 month prison sentence. Teresa hasn’t signed a formal contract yet, but it’s only a matter of time,” the source revealed. One thing’s for sure: She needs the cash.

Teresa is expected to be released in December, and would be included in the second half of the season.

Last week, Teresa signed a document which would allow the government to garnish 25% of her Bravo wages, also they get furniture from the family mansion, and to take possession of a 2005 Maserati to satisfy $415,000 in restitution to victims in her bankruptcy fraud case.

Before Teresa can begin work on the RHONJ, the probation department must sign off on her employer.