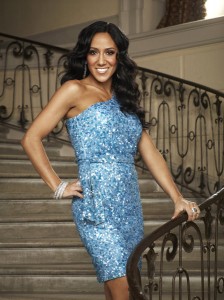 Bravo hit the ball out the ball park and scored with this one starting out with the infamous christening disaster/fight.

We meet new housewife Melissa Gorga, Teresa Giudice’s sister in law who is married to Teresa’s brother Joe Gorga. They as we have heard, have major problems. This episode did not disappoint.

Teresa states that the distance that she has with her brother started when he married Melissa. Teresa was one of Melissa’s bridesmaids.

Teresa states she used to call her brother and sister in law and felt they were cold to her, she no longer calls. Joe Gorga said he has given up on his relationship with Teresa as he has tried so many times. What caused the rift between them? If family is so important to Teresa as she has claimed many times, what started this problem and what efforts have they made to get the family together and get all the issues out on the table? Kathy Wakile, Melissa and Joe also mimic Teresa when she says that Caroline and Jacqueline are her family now. That leaves her blood family a little salty.

Kathy: I like to cook, what you put in your mouth is important 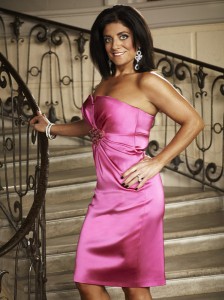 Kathy Wakile also joined the cast this season, she is Teresa Giudice and Joe Gorga’s cousin. She has been married for 19 years to Rich who is Lebanese. Kudos to the Wakiles for their long term marriage, you all know I love to hear that some marriages are working out. Kathy and Rich have two children Victoria & Joseph who was filmed with a knife? Kathy jokes, can’t you collect stamps? Nip that in the bud, Kathy.

There appears to be no love lost between Teresa and Kathy either. What is going on with these family rifts?

Family is important, family is everything, seems to be the mantra that only Caroline adheres to. 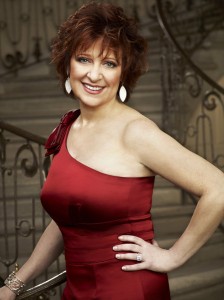 The Manzos; I almost forgot about them, such was the excitement of family dysfunction, that normal people seem insignificant during mayhem. They are calming, during their segment Bravo shows us how a family should be. Cooking, laughing and having fun. The topic of discussion is southerners, their cooking and way of life.

They insult many people along the way, with Albie Manzo, Caroline’s eldest son’s comments such as southern people are good at sports?

Also according to Albie, Cajans talk gibberish as he mimicked the way he believes they speak.

Lauren is still dating her brother Chris’ best friend Vito. They appear to love each other as the marriage subject is brought up. Lauren expects her parents to pay for her huge wedding and why not? I think a platinum wedding would be lovely for Lauren & Vito. They are cute together. 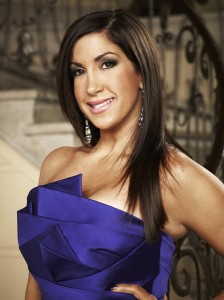 The Laurita’s are still cast on the show, why? I don’t know. Ashley, Jacqueline’s daughter from her first marriage was crying as she had to commute to her internship/job. I don’t like to talk about the children under 21.

Jacqueline seems like a very sweet person, almost too sweet and too lenient on her daughter. Ashley has been late to work on various occasions as the commute is too difficult for her. When I was a teenager I walked to college in the snow & have commuted 2 hours to and from a job each way. Life is tough. Whatever doesn’t kill us makes us stronger. Buckle up kid, you have a life most of us would love to have.

Joe Giudice was not feeling well and was unable to attend the church service. Teresa wonderfully gives us a little too much info on her husbands stomach problems. I can understand Joe not wanting to go to the baby’s blessing, given what happens later.

After watching this episode and Bravo’s clever editing. Danielle was right when she said that Teresa didn’t acknowledge her nephew when he was born, as Melissa confirmed this.

Joe Gorga: Joe doesn’t like to work, he drink a lot and he’s lazy 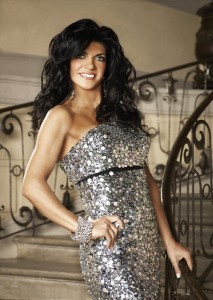 Although we know Teresa and Joe Giudice are rowdy. Melissa and Joe Gorga are not without fault. Why would you start something or an argument with your sister of all people during your sons blessing? When your son looks back at the video since a christening is such a sanctified and blessed event, what will you say to him? You were the bigger person and the issues that I had with your aunt were more important than your dedication to God?

If you feel she isn’t being sincere, keep up appearances then take it up with her at some other respectable time or leave it alone. Calling her garbage while you were drunk, you had to have known would cause major problems. You are quite aware of Joe and Teresa’s own problems, I am sure you have watched RHONJ seasons 1 & 2. Joe’s DUI, arrest for falsifying his drivers license documents. Tres de classe

All throughout the side interviews both Melissa and Teresa were throwing jabs.

Melissa: Teresa thinks she throws better parties than me

I watched the rumble scene twice, it was so convoluted, stressful, embarrassing and a whole heap of mess.

Teresa: Congratulations
Joe Gorga: Congratulations about what? Why are you saying that now?
Teresa: Didn’t I say congratulations at the church?
Joe Gorga: Take a walk, do what you always do
Teresa: Then why did you invite me?
Joe: You garbage mf
Lysa Simpson: It was a technicality
Teresa: You’re playing two sides, when you’re on the phone with me you play the other side
Joe Gorga bangs the table
Lysa: Don’t get it twitsted there’s one side
Joe Giudice: Sons of b*tches

Both men are held back as they lunge at each other

Even though this is entertaining. The children saw the hideousness of their fathers and uncles rear their ugly heads. Bravo’s camera’s and camera men got trampled. The children, were left alone and crying. What kind of barbaric, animalistic-ness (yes I’m making up words, this calls for it) is this? Don’t give me the Italian macho rubbish.

Each other is blaming the other for starting it. When both sides should have just been civil for the sake of sanity.

Joe Gorga and his father then start to talk. Joe is hysterical drunk, crying and screaming. Even through his tirade there is anger towards his father because of his father’s close relationship with Joe Giudice.

*** Knowing Mr Gorga has heart problems, as previously stated. What were all parties thinking?

Both the Gorga’s and the Giudice’s created this mess, stir the pot and continue to hold on to their grudges and disdain for each other and would be held accountable if Mr Gorga was overwhelmed and grew sicker from his offspring acting like spoiled brats.

What I think, may be the Gorga’s with their palatial mansion and apparent money (although the Gorga’s were sued for failing to pay for work performed by the Bravante Automatic Sprinkler Corp) didn’t offer to help the Giudices, during their financial crises. This is sibling rivalry at it’s worst. Joe and Teresa both feel slighted by each others spouses. Joe Giudice by Joe Gorga and Melissa by Teresa and vice versa, if that makes sense. Both the Gorga’s and the Giudices have issues and no one seems to want to correct the problem. Mixed with alcohol this situation is a horrible disaster. It appears no one wants to fix the family problems but just drag it out, by saying I tried and I’m done, so even though I don’t like the other party I will continue to make snide comments and claim innocence. I feel like I have given a therapy session. Take a leaf out of Bethenny’s book Gorga’s & Giudice’s you need some serious, intense and frequent counseling.

This is the first Housewife series where all the wives are married.

Next week:
Drop Dead Gorgas – It’s Halloween, and the aftermath of a christening gone awry leads to dramatic tricks and nary a treat. Meanwhile, the Brownstone hosts a fashion show. The catwalk sets the stage for catcalls and catfights, particularly when Kathy voices off and Caroline stands her ground.

Who did you think was at fault?