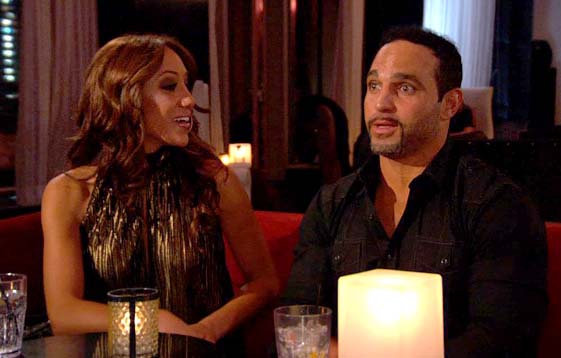 Teresa wants to  manufacture her own food line for grocery stores called “Skinny Italian”, and she wants to put on a showcase. She brings her mother and mother-in-law for support and to get their opinons on her items. While there, her mom asks her why her brother never invites her over to the family dinners. Teresa tells her that he may begin to ask her, since they came home from Arizona on good terms. This news excites Teresa’s mother and she smiles from ear to ear. The following night, Melissa, Joe Gorga, Joe Giudice and Teresa all go to dinner with Mrs Gorga. Since their father is home sick with kidney stones, they all agree to do it again once he’s feeling more up to it. They all raise their and clink their glasses of wine. Teresa’s mom says that if their father was there he would either cry or faint from happiness. Teresa says nothing will ever come between them again and Joe and Melissa agree. Melissa says now is the time to rid the family of strangers and rumors and work on trusting one another again. She also adds that in Italy they say “the tongue doesn’t have a bone but it breaks bone.” A saying that is very true in the Gorga and Giudice households. 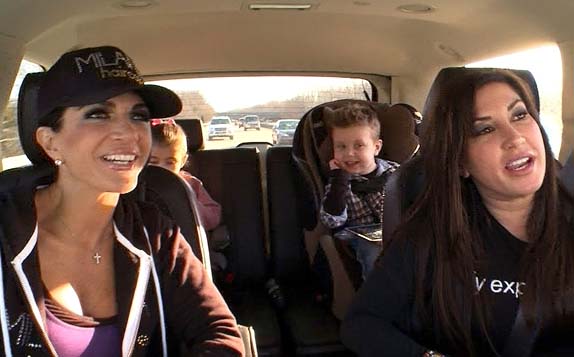 Chris Laurita is hosting a charity event to benefit an autism charity while also introducing BLK water’s new flavors. He asks his wife, Jacqueline to speak at the event. She is very nervous to do so because she says there is always going to be ignorant people with nasty comments. Although while she’s really scared to tell Nicholas’ story, she thinks it’s important because autism is so prevalent. She decides to ask Teresa to help her write a speech because Teresa has done very well with her businesses. Chris is happy that Teresa is going to help Jacqueline but he can’t control his laughter as he explains how funny it is that Jacqueline is even asking Teresa for help with public speaking. Teresa tells Jacqueline she should include the warning signs of autism, how Nicholas’ story played out, and  conclude that he is now making great strides because of therapy he takes. On the day of the event, Teresa drives with Jacqueline and gives her a big hug for good luck. While Jacqueline is speaking, almost everyone in the audience is crying including Teresa. At the end of her speech, Nicholas runs up to his mother and gives her a big hug as she is presented with a $3,000 check for the autism awareness foundation. 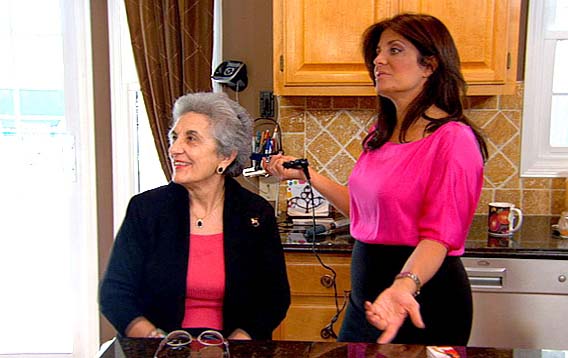 Kathy has partnered with Dylan’s Candy Bar in New York City who will be distributing her cannoli kits. Kathy needs to show Dylan’s Candy Bar that her cannoli kits are marketable so she invites her entire family out to support her. The day of her event, Kathy spends a lot of time doing her mother’s hair instead of working on the finishing touches. Rich drops her stock cards on the floor and Kathy freaks out over the lack of help she has received. She heads off to Dylan’s Candy Store and is shocked when she doesn’t see any familiar faces waiting for her there. She tells Rich she feels let down by her cousins, friends, and sister who are all missing. Rich calls all of them “douche bags” and tells Kathy to focus on selling the kits. Eventually, Melissa shows up with her children and Rich tells Kathy she has a “horsey.” Remember, the “horse face” comment was one that Joe Giudice gave Melissa months ago and it infuriated her husband Joe. I wonder if Joe and Melissa will be as mad since it’s Rich calling her “horsey” now. By the end of the day, Teresa, Jacqueline, Melissa, and Rosie all appear to support Kathy although they are all late. Caroline wasn’t able to make an appearance because she was home sick with another migraine. While Kathy is upset they were all late she says she’s going to stay positive and look past it because they came to support her and that’s all that matters. 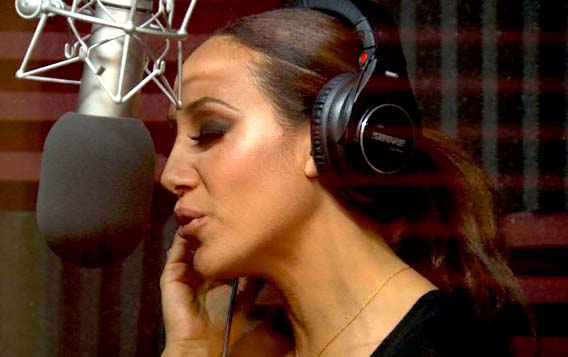 Melissa has dinner with one of the producers for singers Justin Timberlake and the Jonas Brothers. He is interested in working with Melissa and sees how dedicated she is to forge a career in singing. Melissa explains that she has always wanted to be a music star but that being a mother and a wife comes first. The producer states he is going to be frank with her, if she’s chosen to by their company they will not hear any excuses. He heads over to Melissa’s recording studio to hear her sing a song called “Never Let Go.” Melissa forgets the words to the song, is terribly off key, and keeps making excuses that she is so terrible because of the static in her ears. The producer can barely control his smirks as he tells Melissa she needs a vocal coach and a trip to Florida to meet with several different coaches who will improve her style. Melissa says there’s a fine line between a career and family but that she will give it a shot and see where it leads. I have to give Melissa credit, I do think she genuinely cares about being a mother first before fame. I hope it stays this way. 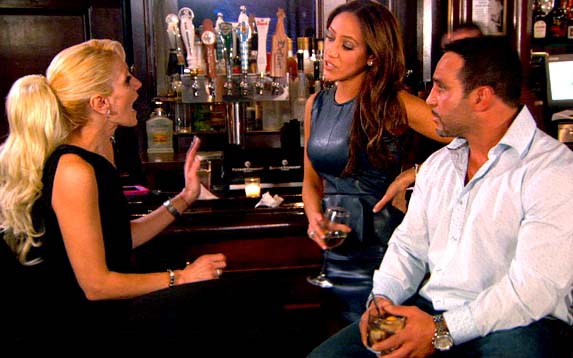 Melissa and Joe decide to have a date night at Chakra and discuss her furthering her career in the music industry. While they’re eating Melissa turns to look at the bar and miraculously Penny is sitting there conversing with a friend. Melissa tells Joe she has to be excused to go to the bathroom and instead approaches Penny. To the camera, Melissa says that she knows she promised Teresa they would approach her together but last time she spoke to Penny she felt like she was hiding something and she wants to figure it out. Penny and Melissa begin to talk and Melissa asks her what she was holding back. Around the same time Joe joins the girls, Penny tells them that she won’t take the blame for something she didn’t do. She reveals that Teresa was the one who approached her and asked her if she knew Melissa’s ex boyfriend. She also says that Teresa told her to confront Joe about Melissa’s cheating. Penny also says that her husband, “Johnny the Greek” is the one spreading these tweets online about Melissa and that he actually got Teresa a couple bookings for book signings the year prior. Penny then shows Joe Teresa’s cell and home phone numbers as “proof” that the two are indeed friends. Before finishing stirring things up, Penny reveals that Teresa told her to pull the plug on everything because she and her brother had reconnected. Melissa seems to be okay and says they’re made up now but Joe seems irked by the whole conversation. This scene was totally and completely set up. First off, Penny just happened to be at Chakra with a microphone and ready to spill her guts and secondly, how much longer can Bravo drag out the Melissa affair story line? It’s getting old. Next week at the Posche fashion show (yawn), Teresa and Melissa approach Penny causing Teresa and Penny to argue. Can anyone else guess where this is going? What are your thoughts? Post your comments below.

Real Housewives Of New Jersey | Season 5 Episode 15, “Zen Things I Hate About You”

Real Housewives Of New Jersey | Season 5 Episode 15, “Zen Things I Hate About You”