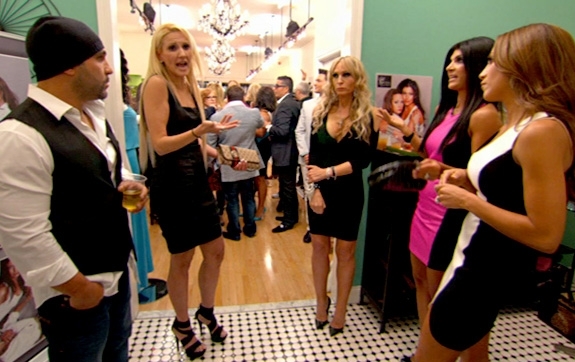 The moment we’ve all been waiting for has finally arrived: The Real Housewives of New Jersey’s season finale and the big Posche fashion show blow out. Teresa and Penny are still yelling at each other over Penny’s accusations that Teresa enlisted her help in exposing Melissa. Joe Gorga says he thinks Teresa is lying and that Penny is fed up with taking the rap for her manipulations. Around the same time, Penny’s husband Johnny the Greek arrives and immediately makes his way towards the altercation. Joe confronts him, asking why he has been spreading terrible things online about his wife. Johnny denies any wrong doing, but tempers flare when he tells Joe to ask his sister where it all “stems” from. Joe and Johnny begin physically fighting though Bravo cameras don’t capture the altercation. Lauren and Caroline begin screaming at Kim D, “are you happy? Look at what you did to a family!” Caroline rounds her family members up to leave and says that she doesn’t understand Kim D’s motives or why she would want to cause she much pain. Before leaving, she has some choice words for Kim D saying that she is nothing but a bitter, nasty, low life, moron. 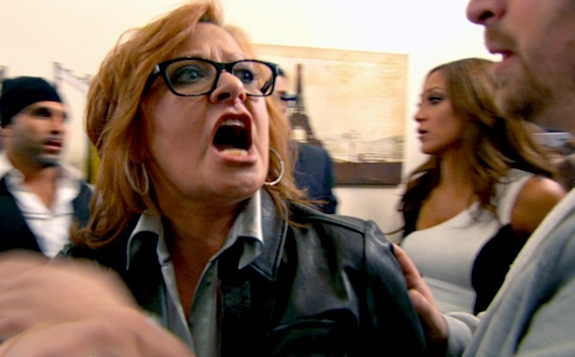 Joe says that Johnny the Greek is a psycho for constantly mentioning Teresa. He rambles on about how he doesn’t care what he has to say because Teresa is his sister. Melissa tells Teresa not to go to the salon anymore for her hair so they can rid these horrible people from their lives. Jacqueline makes a bee line for Teresa to make sure she is okay after the fight they all just witnessed. Teresa says she is okay but that she’s worried that everything with her brother has been ruined. She thinks the entire thing is absolutely ridiculous.

Richie and Kathy head over to Joe and Melissa’s the following day. Richie tells Joe that his relationship with his sister is “priceless.” He says that the sole focus should be about continuing to move forward and reconcile. Kathy doesn’t believe Penny’s lies about Teresa being involved and she agrees with Richie. Richie then says that Joe Giudice’s court case is fast approaching and that they all need to be there for the family through it. Kathy says that at the end of the day, they’re all there for each other and that’s the only thing that matters. 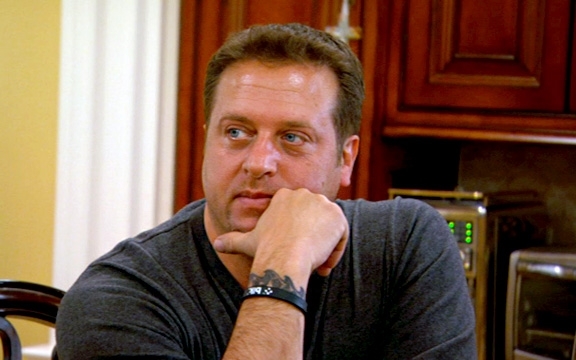 Teresa and Joe head over to Jacqueline and Chris’ to discuss what happened the following night and enjoy some wine. Teresa says she hopes Joe doesn’t believe the lies Penny is spreading and Chris tells Teresa that she should be honest with her brother and put everything else to rest. Jacqueline is really worried that this is going to start another family war and begs Teresa that if there is any truth, even the smallest bit, that she take accountability and tell Joe. After much thought, Teresa says that looking back she was around people who were saying negative things about Melissa. She says that she shouldn’t have listened and walked away. Despite not wanting to be malicious, she says it was wrong for her to sit and listen to them speak negative about her sister-in-law. She says that she will admit her wrong doing to Joe and that they will hopefully be able to continue moving forward. Chris says that it’s the same thing with him and Dina. Despite loving Dina with all of his heart, he is very mad at her, and hearing other people share the same thoughts just makes him feel better about his feelings. He says that it’s completely normal because they’re “all human.” Teresa approaches Joe at BLK’s water tasting and admits her flaws. The two end their conversation in a tear filled embrace where they both agree that family always comes first. 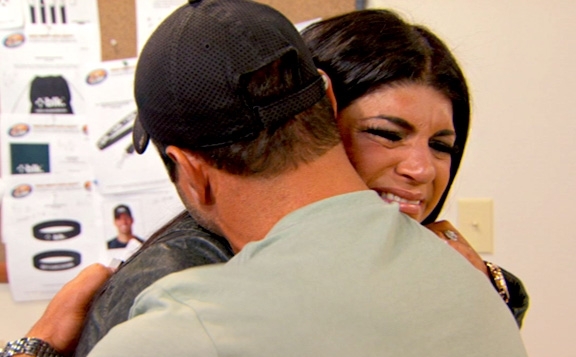 Teresa and Joe’s shore house has been fixed enough for them to throw a BBQ for everyone. Their shore house was trashed after Hurricane Sandy tore apart the Jersey Shore in 2012. It’s great to see them all getting along, drinking together, and enjoying each other’s company. Kathy reveals that she is currently building her dream home with a baker’s kitchen. She is not using any of Richie’s suggestions or opinions because it is finally all about her. Jacqueline is grateful to be friends with Teresa again. She is focusing on Nicholas’ recovery and says that “miracles happen in New Jersey.” Caroline and Albert have chosen to get rid of their Hoboken apartment. They have decided that moving out is not the “next chapter of their life” but that they want to reminisce in the home they raised their children in. Melissa and Joe finally sold their mansion for $3.8 million and relocated to a rented home in Franklin Lakes. Though their new residence is a half hour drive from Teresa’s they remain amicable and are planning a huge Sunday dinner together. Amid federal fraud charges, Joe Giudice and Teresa are remaining positive. Joe says that he will fight the charges and make things right for his family. Teresa is standing strong and continuing to “love, love, love.” 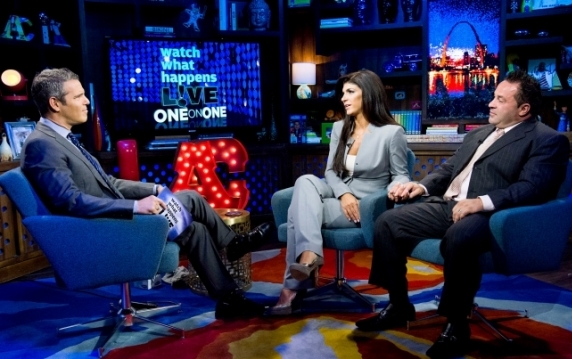 In a special edition of Watch What Happens Live, the two reveal their struggle with Andy Cohen. They have been advised by their legal staff over what they can and can’t answer. When Andy brings up the possible fifty years in prison, Teresa refuses to go there telling Andy that she has to remain strong for her four little girls. Joe says that in the worst case scenario the girls would go to his brother and sister for upbringing. He says that they would never go to Melissa and Joe after the terrible things they have said about Teresa on air. Teresa maintains that she never handled any of the finances and though Joe admits he handled some, he says they hired accountants and lawyers to deal with the bulk. The two say they have never lived outside of their means, that Joe is a businessman whose job is to make money, and that they will beat this. They say that they pled “not guilty” for a reason and that in the court of law they will be proven innocent. What are your thoughts? Post your comments below.

Dina Manzo To Return To Real Housewives Of New Jersey

Dina Manzo To Return To Real Housewives Of New Jersey