Teresa Giudice Storms Out Of Interview, Was Asked About Joe’s Possible Deportation

Real Housewives Of New Jersey star Teresa Giudice, 43, walked out off the set of Access Hollywood Live in the middle of an interview after being questioned about her husband Joe’s possible deportation. 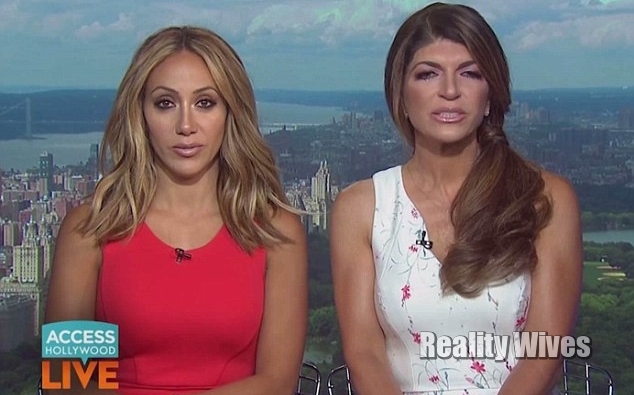 Teresa’s husband Joe Giudice, 43, is currently serving a 41-month sentence for multiple counts of fraud, and due to his citizenship he may be deported back to Italy as he is not an American citizen.

Co-host Dave Karger asked her about it, Teresa didn’t want to answer the question and was highly offended. Why I don’t know, she just got out of prison and her husband deportation is a real situation she may be faced with.

“Next question please… you know what, I don’t think that’s something you should be asking,” she responded.

“Well everybody’s talking about it and it could be a reality…” host Kit Hoover stated.

“Yeah, no I’m sorry, I think that’s really rude,” Teresa said, while sister-in-law and castmate Melissa Gorga sat in silence beside her.

“Okay, well it is a fact and we’re probably going to see it on the show so I don’t think that was a rude question…” Kit responded, refusing to back down before Teresa interrupted: “No you’re not gonna see it on the show.”

Kit then attempted to switch to another sore subject – Real Housewives Of Orange County star Heather Dubrow’s recent comments about her – but only got as far as mentioning her name before Teresa decided it was the last straw.

“As a matter of fact, I’m going to leave,” she said, pulling her microphone off as she walked off camera. “Cause I don’t think that…. to even ask that… “ she could be heard trailing off as Melissa stiffled a nervous smile and was left sitting in the New York studio, Melissa then left the cameras to join Teresa. 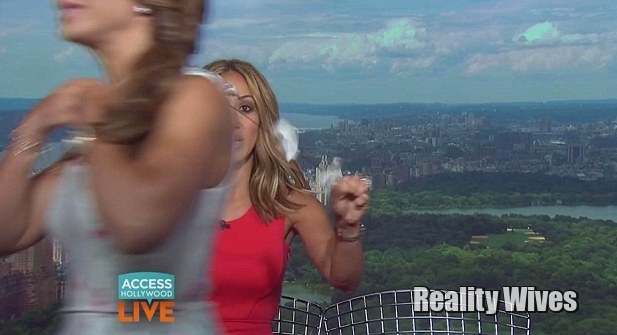 Teresa walks off the set, taking the microphones hostage