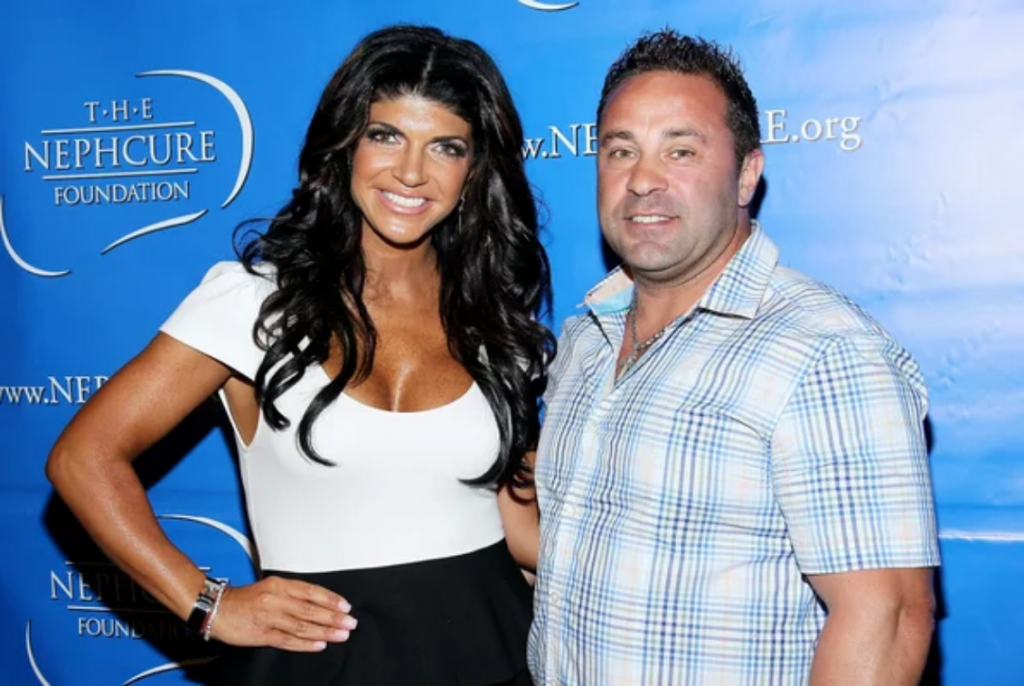 After twenty years of marriage, four children, two prison sentences and the threat of a deportation later, Real Housewives Of New Jersey star Teresa and husband Joe Giudice have split.

The reality stars, “have been separated,” a source close to the family tells People Magazine.

“They discussed their future when Teresa and the girls went to Italy in early November and they agreed that each had to move on. They are doing so amicably and very slowly. Joe has been out on a few dates, Teresa has not. She has been too busy with the girls, with work obligations and taking care of her father. She is happy for Joe . They have been very friendly with one another and are very supportive of each other’s happiness. They still love one another, but as Teresa told Andy Cohen on the WWHL special, they are separated by the Atlantic Ocean. Neither is interested in a long distance relationship,” according to the source.

The sources says “there are no plans for divorce, both of them are focused on their four daughters”: Gia, 18, Gabriella, 15, Milania, 14, and Audriana, 10.

The source says the Giudice girls will be visiting Joe for Christmas in Italy, while Teresa is staying home in New Jersey with her father.

Teresa & the girls flew over to Italy to visit Joe in November.

Teresa’s lawyer James J. Leonard politely declined to comment according to People, when he normally has so much to say.

Teresa, 47, and Joe, 49, were childhood sweethearts and got married in October 1999. They have been living apart for nearly four years. Joe began a 41-month prison sentence for 41 counts of mail, wire and bankruptcy fraud in March 2016; Teresa served a little over 11 months in prison for the same crimes, and was released on the 23rd December, 2015.

Joe was released from prison last year but was held in the custody of ICE (Immigration and Customs Enforcement) at the Clinton County Correctional Center in Pennsylvania as he fought to appeal a judge’s deportation order. Joe came to the United States as a child, he never obtained American citizenship.

Due to the rough conditions inside the ICE facility, though, Joe requested to go to Italy to await his third and final deportation appeal. He flew to Europe in October, where he’s currently awaiting the final decision in his deportation battle.

Although they both maintained that they still love each other, Teresa again said she would have no choice but to divorce Joe if he is indeed deported.

“I want to wake up with someone every single day. I think they get it. I don’t think they want to see it happen, obviously, but I think they understand. Because the way I explained it to them, how are we going to live apart? I don’t think he would be faithful. I think he would have someone there and have me here. I just don’t want to live that life,” Teresa said on Bravo TV’s talk show Watch What Happens Live, explaining that her children understood her decision.

In Teresa’s post-prison memoir, Standing Strong, which was released in 2017, Teresa wrote, “People think that I’d never leave Joe. But that’s not the case. If things with Joe aren’t good … between us when he gets home, I’d absolutely end our relationship.”