This is old news as I posted a while ago. 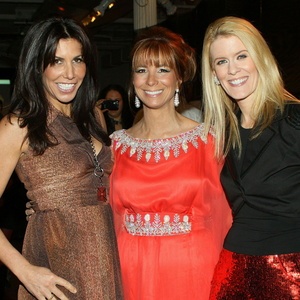 Bravo has finally made it official Cindy Barshop is the newest “Real Housewives of New York” cast member.

Barshop, who runs the Completely Bare chain of day spas clients include “Jersey Shore” dudes Pauly D. and Mike “The Situation” Sorrentino will make her first on-air appearance when “Housewives” kicks off its fourth season in mid-February.

Her role on the show has been expected ever since Barshop’s name first surfaced in September. Since then, Bravo has refused to confirm and/or deny hiring Barshop until now.

“She has an organic connection to the cast,” says Bravo programming VP Christian Barcellos. “She’s friends with fellow New York ‘Housewives’ Ramona Singer and has connections to Kelly Bensimon. They all run in the same circles.

Barshop, the single mother of twin girls Zoe and Jesse, born last year, “has made some really bold, daring lifestyle choices,” Barcellos says — declining to elaborate on what those “bold” decisions are.

“I think her lifestyle decisions are really cool and laudable and hopefully will invite watercooler conversations,” he says.

“She’s done some unorthodox things, and she owns it. She’s completely happy with her lifestyle decision and considered it greatly.”

Barshop, a Long Island native, opened her first spa in 1998 and has since expanded her empire to three Completely Bare spas in Manhattan and locations in Palm Beach and Scarsdale.

She’s replacing Bethenny Frankel, who left “Housewives” to star in her own Bravo reality series, “Bethenny Getting Married?” which will return for a second season as “Bethenny Ever After”.

“She brings a distinct flavor to the ensemble,” Barcellos says. “This show is about self-actualized women and I think viewers will enjoy getting to know and see Barshop.”

RHONY: Jill Zarin back for season 4

RHONY: Jill Zarin back for season 4