The “Real Housewives of New York City” won’t sell out on the cheap. While the cast has been asked back for Season 4, they won’t commit to Bravo unless they get “Jersey Shore”-style contracts.

“The ladies are upset because they are making a lot less than Snooki (who earns $30,000 per episode on MTV). They’ve got a lot more to say,” a source close to the Housewives told us.

An insider says the New York cast members including Jill Zarin, Kelly Bensimon and Alex McCord are making the same as their “Real Housewives of New Jersey” counterparts at around $4,000 an episode and “they have little choice but to pimp themselves out with side gigs to bump up their earnings.”

“It’s a full-time job without the full-time pay,” a second source says. “That’s why a reality star with any sense does a book line or jewelry line to support being on the show.”

An insider says the Housewives are exploring other options before they re-sign.

Zarin was spotted this week with a fleet of camera crews while filming Animal Planet’s “It’s Me or the Dog” with Victoria Stilwell and was asked by an onlooker if she was going back to “Housewives.” According to our witness, Zarin shouted, “I’m not back,” suggesting she might be holding out for a better deal. Her rep had no comment.

On the other hand, Bensimon said she was flattered to be asked back. “Let’s be honest, being on a show that Bravo produces provides a lot of other opportunities,” she told us. “They gave me a huge career at 42.”

A rep for McCord wouldn’t confirm that she’s pursuing other options, but noted she recently signed with the celebrity division of New York Model Management. “We receive great offers for Alex and (husband) Simon van Kempen all the time, but we cannot comment on Bravo,” McCord’s rep said.

A rep for Bravo had no comment. Ramona Singer and Sonja Morgan didn’t get back to us and neither did reps for LuAnn de Lesseps and Bethenny Frankel. 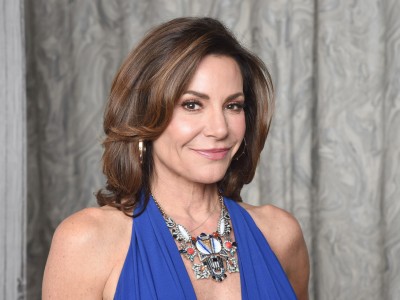