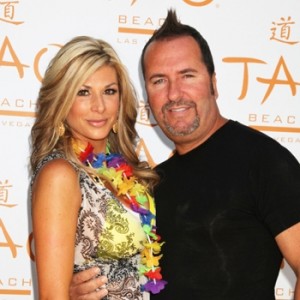 Another Real Housewives star is in a real-life battle to hold on to her home, RadarOnline.com has learned.

Alexis Bellino and her husband Jim, have had a “property foreclosure notice” published in their local newspaper, The Daily Pilot, against their lavish Newport Beach, CA mansion.

The couple has been in real estate hell almost since they bought it in August, 2007 and did a major renovation, sinking a total of nearly $6 million in the 6400 sq. ft. home.

RadarOnline.com has learned that the Bellinos almost lost the six bedroom, six bath mansion, with its wine cellar, home theater and grand staircase back in August when they defaulted on their $4.5 million loan. The Orange County Register reported that an auction was scheduled but then canceled when the couple worked out a loan modification with Chase Manhattan Bank.

“Chase has been great to work with on my modification,” Jim said at the time. “The trustee sale has been canceled, and the modification has been agreed upon.”

The property foreclosure notice published Friday means that the couple is once again facing an auction sale of their showcase home; the house that in August Jim Bellino said he and his wife and kids planned to stay in for a long time.

The Bellinos join a long list of Housewives – including Lynne Curtin, Tamra Barney and Jeana Keough – caught up in real estate nightmares when the bubble burst.

The Real Housewives of Orange County is tentatively scheduled to return on Bravo in January.

More in Real Housewives Of Orange County (305 of 364 articles)