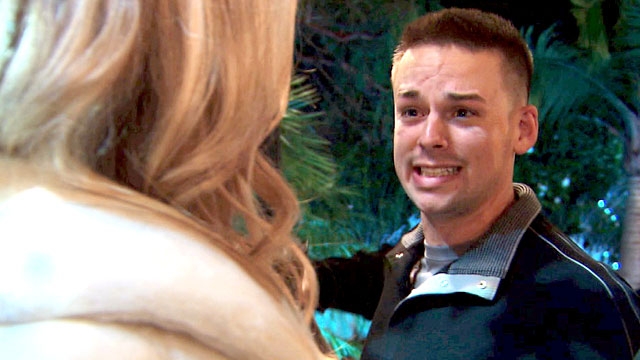 The season 8 finale, is one viewers will not forget. The episode started off calm but soon erupted in drama. Vicki tried to offer a peace offering to Slade and then commented about making fun of the plastic surgery she had done, by referring to her as “tupperware”. Slade tried to play things off by telling Vicki he was joking, but she was not buying what he was selling. She of course tries scream in her usual fashion. In the heat of the argument, Gretchen jumped in to defend her fiance’s actions and Lydia who had nothing to do with this fight joined in to defend Vicki. Lydia rips Slade for making the, “you need a burger”, comment about her weight. All the women agreed that Slade needed to quit making comments about women that are hurtful and disrespectful. Of course Gretchen did not agree and defended Slade until the end. This was the I Hate Slade section. One thing about Slade he speaks his mind and doesn’t talk about anyone behind their backs, he says it to their faces, unlike the other ladies.

Bravo cut to subtitles and viewers only saw the outside of Vicki’s house. We read and heard an interaction between Ryan, Vicki’s son-in-law and Lydia’s mother Judy. Ryan told Judy to take he feet off Vicki’s sofa, she asked him who he was? He was extremely disrespectful towards Lydia’s mother. She simply placed her feet on Vicki’s sofa, and he began to curse and become really aggressive towards her. He even threatened to kick her out of Vicki’s home. Where on earth did this come from? The shocking part was that Ryan proceeded to talk to an elderly women in a disrespectful manner, even after Vicki and several others told him to calm down. Ryan seemed to be a sensible young man but unless Bravo heavily edited the scene it appeared that Ryan is a raging violent lunatic. What was even more shocking is that Lydia barely defended her mother to Ryan but decided to take on Slade who made a comment about her weigh. Priorities.

Heather and Gretchen decided to have a sit down about the tension that had built up between them. Heather expressed that Gretchen was a self centered person, who could not be supportive of her. Gretchen expressed that Heather always acts as if she is above everyone else, and uses condescending remarks to put others down. Even though they attempted to reach mutual ground, both women eventually agreed to disagree. No one was willing to budge and admit where they were completely wrong. Heather was looking for an apology, Gretchen looked for an apology previously but never got it. It appears only Heather is ever wrong and all must apologize to her.

Vicki revealed to her daughter, that she and Brooks were officially dating. Brianna was not happy about this and threatened to move out because of the news. In a surprise stroke of events Tamra apologized to Alexis’ husband, Jim. What was in the drinks that night? Who would have seen that? These women seem to jump form friend to friend each season, whenever the feeling takes them. Tamra complimented Alexis for being a good person throughout the apology, and Jim accepted her peace offering. Alexis and Jim became quite emotional by Tamra’s actions. Who would of thought that Tamra and Alexis would ever reach a peaceful place? What are your thoughts? Post your comments below.

More in Real Housewives Of Orange County (209 of 364 articles)