RHOOC Star Shannon Beador Thanks Bravo For Saving Her Marriage! 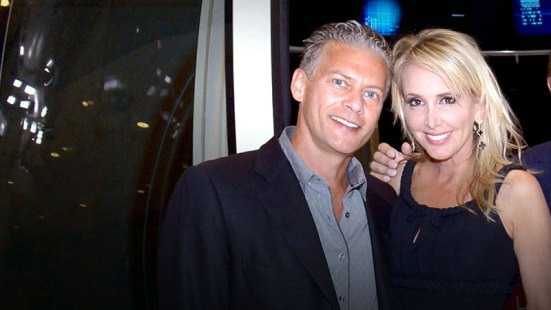 Real Housewives Of Orange County star Shannon Beador is thanking Bravo for saving her marriage to David Beador from divorce. Shannon was a newly casted housewife whose story line revolved around her crumbling marriage and her feeling “neglected” by her husband. But in new blogs, Shannon says that her marriage is improving and that she has Bravo to thank. In the blog Shannon says:

“It was a tough few months for me to watch it back. In the final episode you will see that my marriage is improving. I knew deep down that it was better, but [the show airing] was five or six months delayed. So that was a tough time for me to watch that. The bottom line is the show is on the air and you’ve got to develop certain story lines, so I get that. I’m going to be shown at some of my worst moments, because that’s the most dramatic thing to show. We’re good! The kids went to stay with my mom for 17 days so we went to Hawaii for nine days alone, which was longer than our honeymoon. Then we filmed the reunion in-between and went to Las Vegas. We are here in New York alone, so we’ve been doing more traveling than we ever have. It’s good.”

More in Real Housewives Of Orange County (169 of 364 articles)