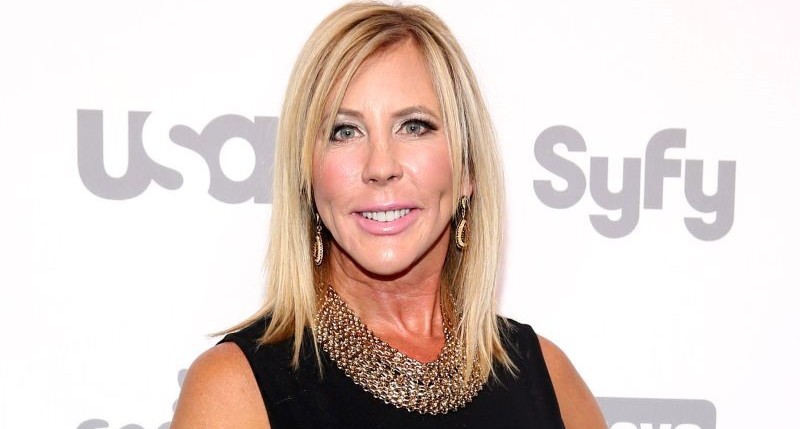 Real Housewives Of Orange County star Vicki Gunvalson is being sued by an 82-year-old woman who claims the reality star committed fraud when she lied to her for over 20 years.

According to court documents a woman by the name of Joan Lile is suing Vicki and her company, Coto Insurance & Financial Services. She is accusing Vicki of fraud, breach of fiduciary duty, negligence, intentional infliction of emotional distress and breach of contract.

Vicki has been a licensed insurance broker and agent since 1995.

In 1996 Mrs Lile claims her and her husband Robert Lile purchased a policy of long-term care insurance. They said they were looking for a policy that if one spouse passed away, all future medical premiums for the surviving spouse would be covered on the policy.

Joan says “preying on the confidence and trust” of her and her husband, Vicki sold them a policy that she promised had an inclusion the special provision “Lifetime Waiver of All Premiums for a Surviving Spouse.”

Further, “This SWOP benefit was of utmost importance to the Liles because Robert Lile was significantly older than Joan Lile and wanted, above all else, to know that his wife would be protected financially upon his passing.”

She accuses Vicki of fraudulently and willfully misrepresenting to her the policies for over 20 years, “throughout which time [Lile] paid ever-increasing premiums yet was ultimately denied the specific benefit on which the purchase of the policy was predicated.”

Robert Lile passed away in 2017 and Joan claims she tried to exercise the SWOP benefit, only to be denied by the insurance company and continued to be charged policy premiums. She is suing for unspecified damages.

Vicki has yet to respond to the allegations and the case is ongoing.