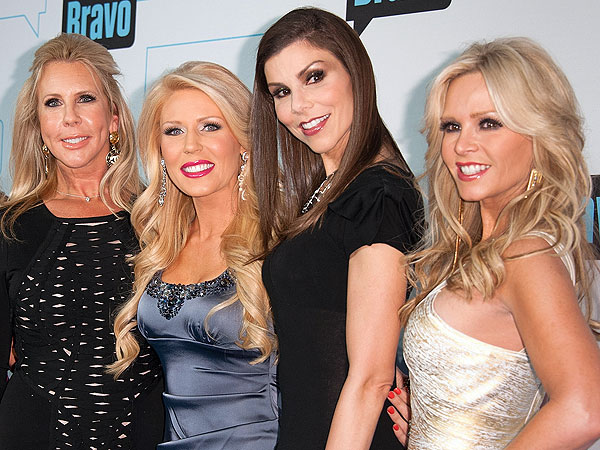 Kim Kardashian’s baby girl North West’s birth wasn’t the only big reality event happening in California on Saturday, June 15th; Tamra Barney wed Eddie Judge that day. Tamra recently uploaded a picture of her and Eddie kissing with her bridal party in the background and fans were shocked to see that while Vicki was first in line, Gretchen was nowhere to be seen. The beginning of this season of The Real Housewives of Orange County has shown Gretchen and Tamra as BFFs while Vicki is slowly getting friendly with Tamra. Rumors have it that Gretchen and Tamra have a falling out towards the end of this season for unreported reasons, although one can speculate it may have to do with Tamra and Vicki rekindling their friendship.

Another surprise was that castmate Heather Dubrow also was Tamra’s bridesmaid, something that surely infuriated Gretchen. Lydia was present at the wedding, as was Vicki’s controversial boyfriend Brooks, Gretchen was just a lowly guest.

Bravo plans to air Tamra’s wedding to Eddie in September, so until then we can only tune into the Real Housewives Of Orange County and see what happens to Tamra and Gretchen’s relationship. I’m sure this reunion will be plenty juicy! Anyway, congratulations are in order for Tamra and Eddie!

More in Real Housewives Of Orange County (221 of 364 articles)