Real Housewives Of Potomac newbie, Candiace Dillard‘s and Chris Bassett are now married. The beauty queen tied the knot with her fiancé today Saturday 11th, August according to People Magazine.

The RHOP couple were married at the Andrew W. Mellon Auditorium in Washington, D.C. Candiace wore a Karen Sabag wedding dress in front of 260 of their closest friends and family. 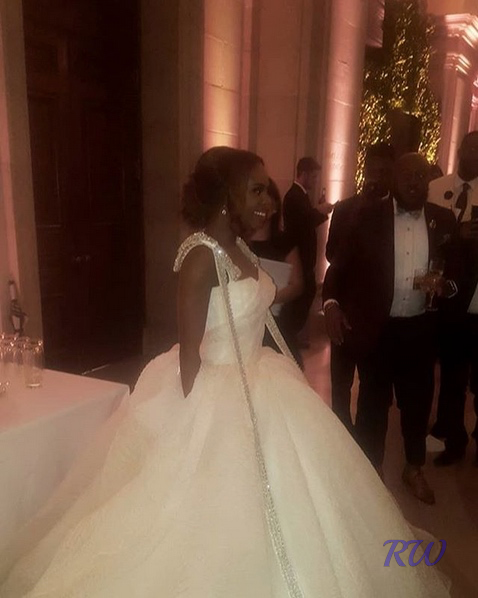 Candiace joined the hit show this season, which showed Candiace going over budget for her fabulous wedding, along with some family issues.

“I always knew that, for me, planning a wedding would be challenging because of my blended family and [being] raised by a dad and a stepdad and a mom who were instrumental in creating this magical person you see before you now. I had to pay homage to all of them, and it’s just been difficult to figure out how best to do that and not make anyone feel like they’re not important. I just assumed that I would’ve figured it out by now, but I’m still figuring it out. It’s been a stressful journey. Potomac is peas and carrots compared to this. I could do it in my sleep,” Candiace previously told Bravo in June.

Now that Candiace and Chris are married, she has officially become stepmom to his three children from two previous relationships.

We wish the best of luck to the happy couple.

More in Real Housewives Of Potomac, Reality Television (394 of 2109 articles)