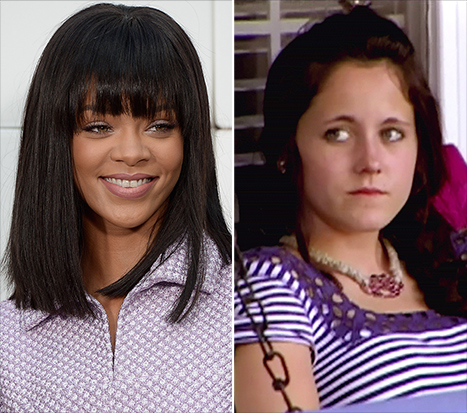 Rihanna recently announced her 2014 Monster Tour with Eminem and on March 22nd the pop star uploaded a hilarious clip promoting her tour on Instagram. The video clip was of Jenelle Evans on Teen Mom, from last season when her lawyer told her she couldn’t attend a Ke$ha’s concert following her drug arrest. In the clip the 22-year-old says:

Rihanna added an announcer’s voice shouting “Rihanna” at the end of the clip. After the video aired on MTV in 2012, it went viral and was the topic on multiple talk shows including Chelsea Lately. Jenelle even retweeted Rihanna’s video and wrote “dude did Rihanna really notice me”. What so you think of the click? Post your comments below.