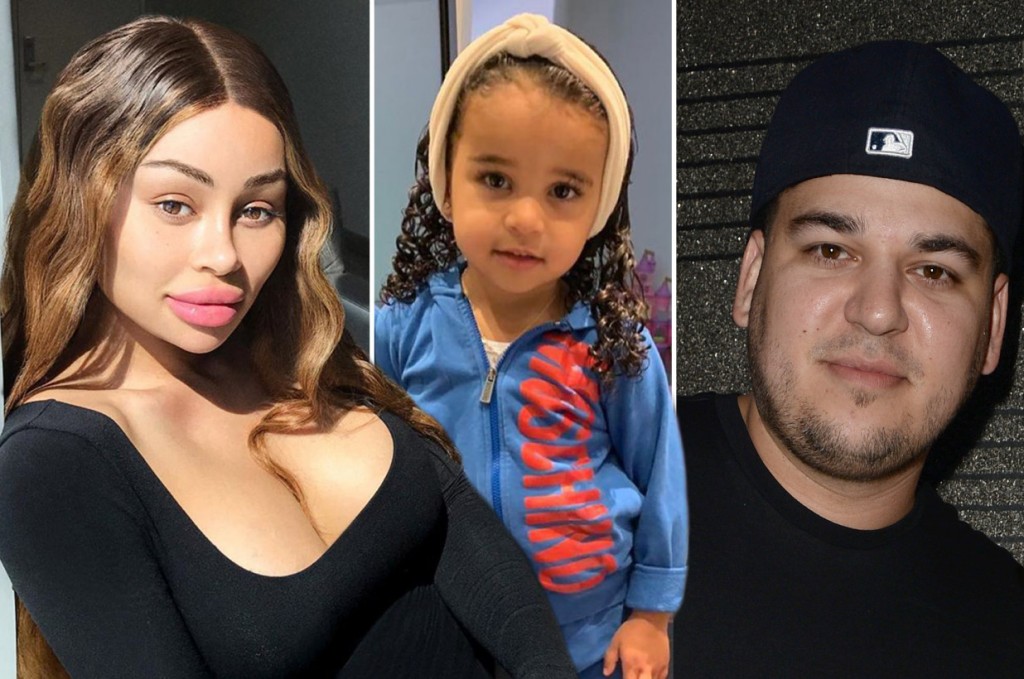 Blac Chyna scored a victory in court after a judge shut down Rob Kardashian’s attempt to strip her of primary custody.

A Los Angeles judge has denied Rob’s ex parte motion in the battle over their 3-year-old daughter Dream Kardashian.

In January, unemployed, recluse, sock king, Rob filed an emergency motion in his custody battle with Blac Chyna. He asked the court to award him primary custody with Chyna only getting weekend visits with a nanny.

Rob accused his ex of being a danger to their 3-year-old daughter Dream. (More so than his body dysmorphic family?)

He accused her of being drunk around their child, allowing strangers to be around in the home and physical altercations going down inside her home.

Rob’s sister, Khloe Kardashian, even filed a declaration backing up her brother’s allegations. She wrote that Dream would come back from Chyna’s home acting “aggressive.”

Chyna denied being a bad mother to Dream.

Blac Chyna states in court documents that she “was shocked to learn that Defendant Rob Kardashian moved ex parte on the 3rd January, 2020, for an emergency order to permanently change the Custody Order for Dream so that Chyna would only be permitted to see her daughter from 10 am to 6 pm on Saturday and Sunday with a ‘monitor’ present, rather than the 5 days a week she now sees and cares for precious Dream.”

The judge denied the ex parte motion, which means the court did not find an emergency with the situation. The court will allow Rob to continue to argue for the custody change but without an immediate court decision.

Blac Chyna claims the original ex parte motion was leaked to the press which “resulting in heinous public comments regarding Chyna.” Her lawyer states, “Chyna is now forced to expend time and resources to oppose Rob’s baseless motion.”

The custody battle is ongoing.

I find it interesting that Blac Chyna is only a bad mother to her daughter, a Kardashian, but not her son. Tyga doesn’t have any issues with the way Chyna is raising their son, because, hear me out, she’s actually a good mother? Now we know Rob cannot afford his lawyers, so his mother Kris Jenner and or sisters are footing the bill. Evil.

More in Celebrities, Reality Television, The Kardashians (140 of 4869 articles)