Roseanne tweeted, “Muslim brotherhood & planet of the apes had a baby = vj,” referring to Valerie Jarrett, an African-American woman who was born in Iran. 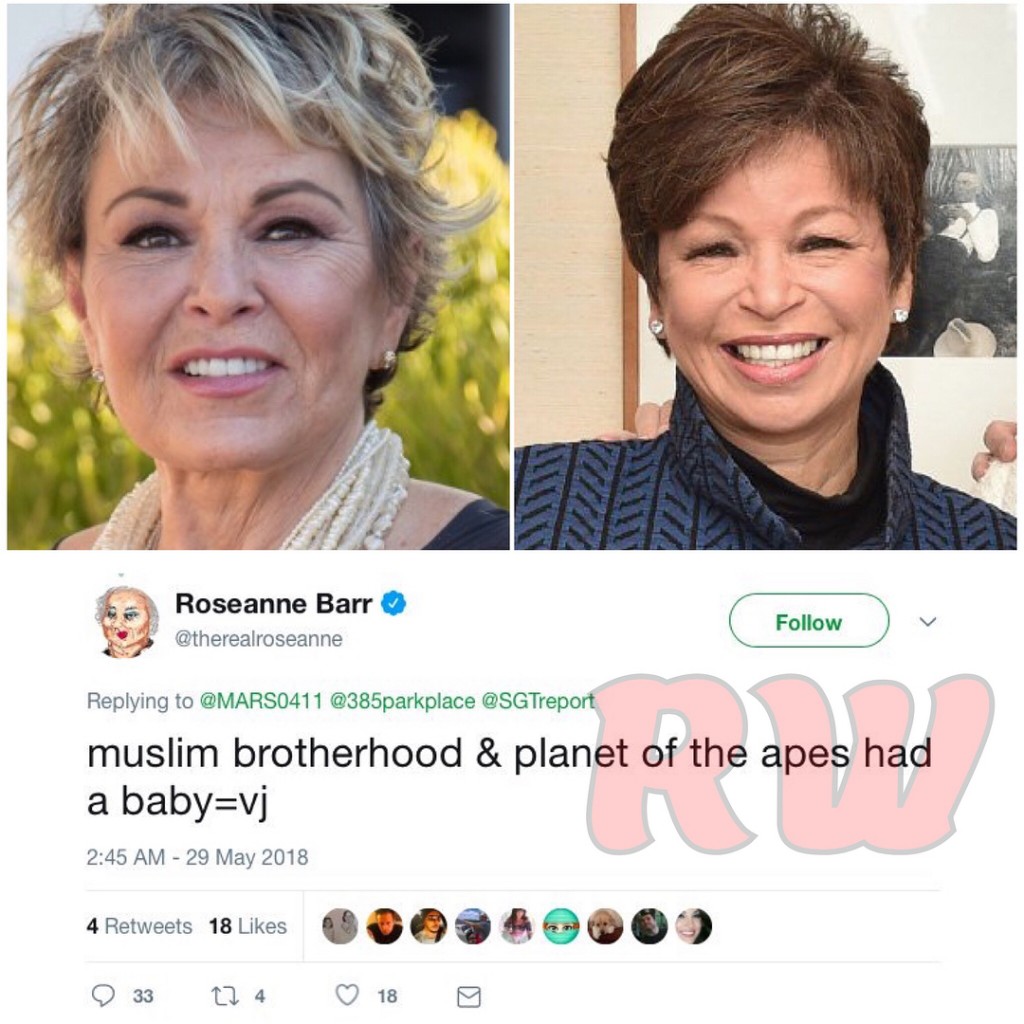 Hours later, Roseanne apologized for the tweet, describing it as “a bad joke.” 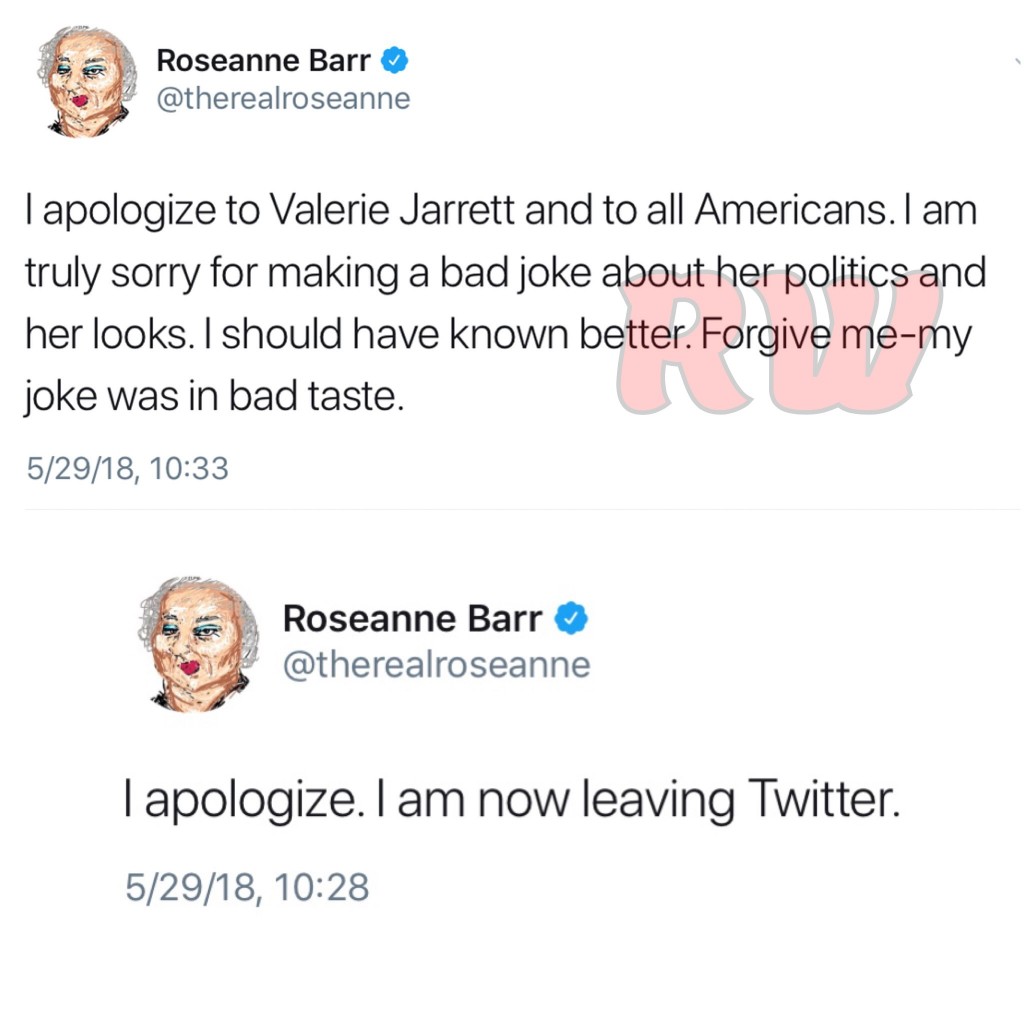 “Roseanne’s Twitter statement is abhorrent, repugnant and inconsistent with our values, and we have decided to cancel her show,” ABC’s entertainment president, Channing Dungey, said in a statement. ⠀⠀⠀⠀⠀⠀⠀⠀⠀⠀⠀⠀⠀

Roseanne was also dropped from her talent agency, ICM:
⠀⠀⠀⠀⠀⠀⠀⠀⠀⠀⠀⠀⠀
“We are all greatly distressed by the disgraceful and unacceptable tweet from Roseanne Barr this morning. What she wrote is antithetical to our core values, both as individuals and as an agency. Consequently, we have notified her that we will not represent her. Effective immediately, Roseanne Barr is no longer a client.”