We at Reality Wives like Royce Reed a lot, she doesn’t hold back and is not fake. She recently blasted former co-stars Evelyn Lozada for talking about her and Shaunie O’Neal for claiming she created Basketball Wives. 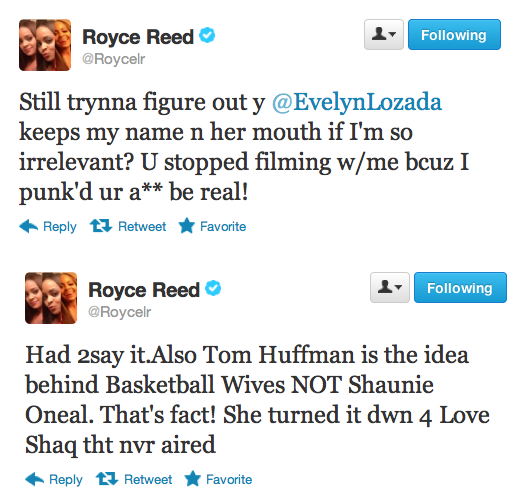 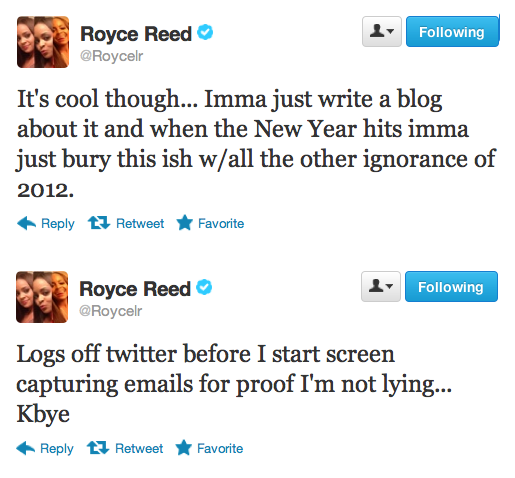 It does sound like Royce is a little bitter, now that she was fired from the series. Tom Huffman did in fact create Basketball Wives and probably reached out to Shaunie O’Neal as she was the only ‘Basketball Wife’ that took the bait of ratchet embarrassment with the promise of riches.