Real Housewives Of Orange County star Tamra Judge’s son, is a messy man boy, he posted and deleted some interesting tidbits about his ex-girlfriend Sarah Rodriguez.

He even claimed that Sarah was sleeping with Bristol Palin’s then husband Dakota Meyer: 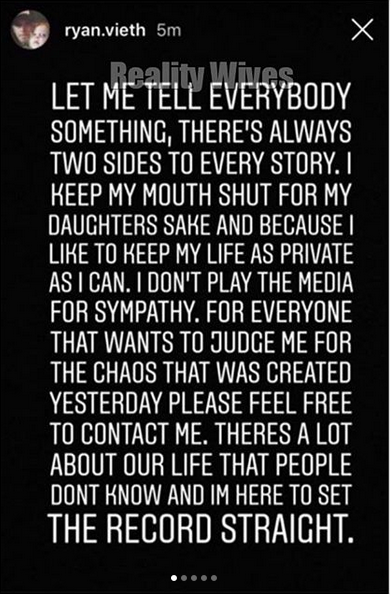 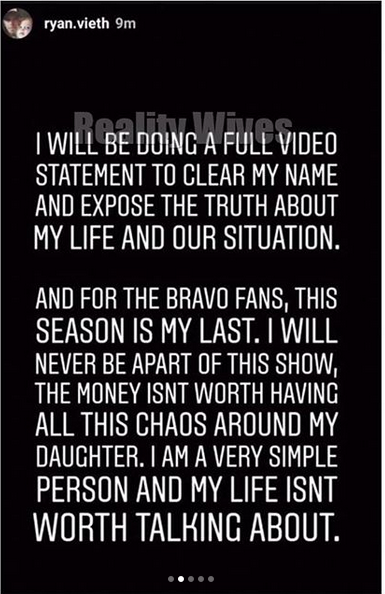 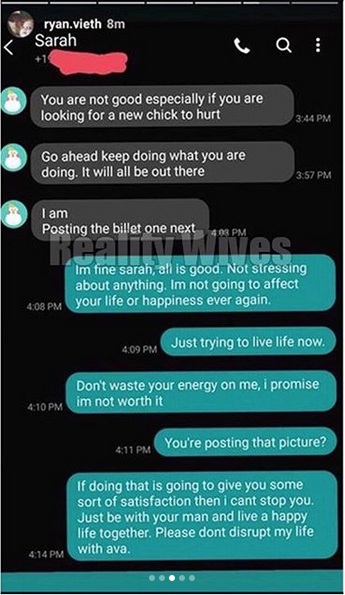 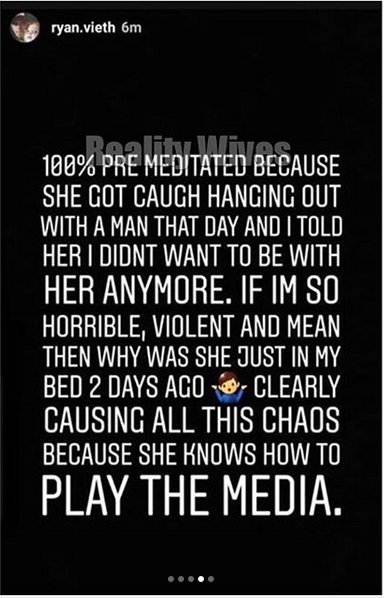 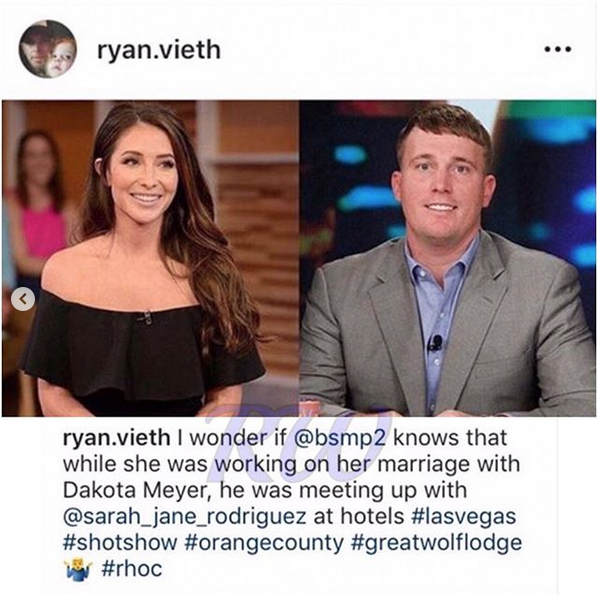 There was a police officer waiting for him, the officer himself had just arrived. Apparently, it was Ryan’s time to spend with his daughter 4-year-old Ava.

On Friday, Ryan Vieth posted a live video outside of his baby mama’s house Sarah Rodriguez while he waited to see his daughter …
Sarah called the police claiming that Ryan had threatened to kill himself, here is the video:

Ryan shaded himself, when he told the police officer that Sarah has 4 baby daddies, which includes him, the 3 baby daddies didn’t deter you from dating or procreating with her Ryan.

Sarah then posted this video with custody ‘proof’:

She then claims that Tamra and her mother Sandra Baker came to her house and ‘ambushed’ her. 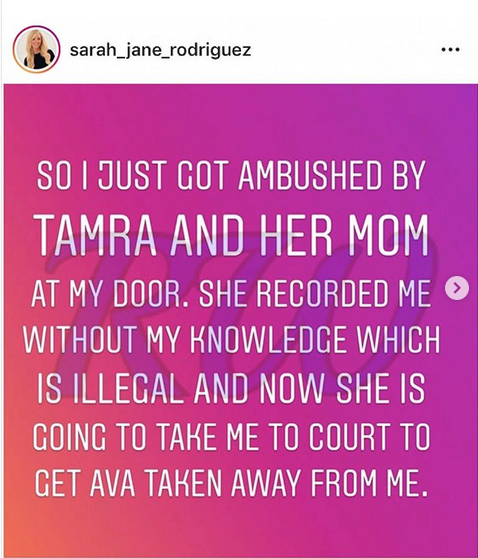 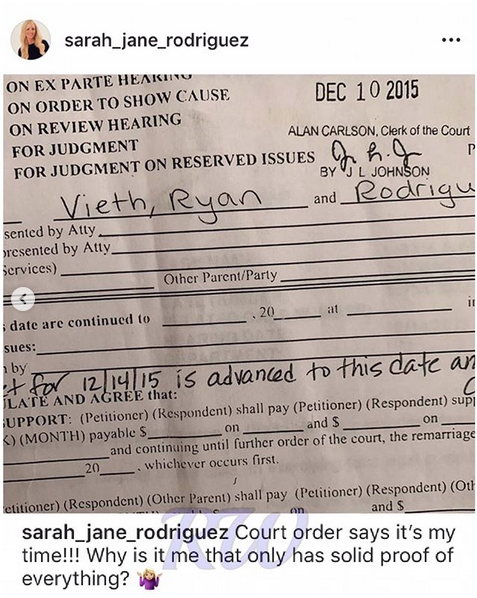 Ryan then posted a picture outside of a courthouse. 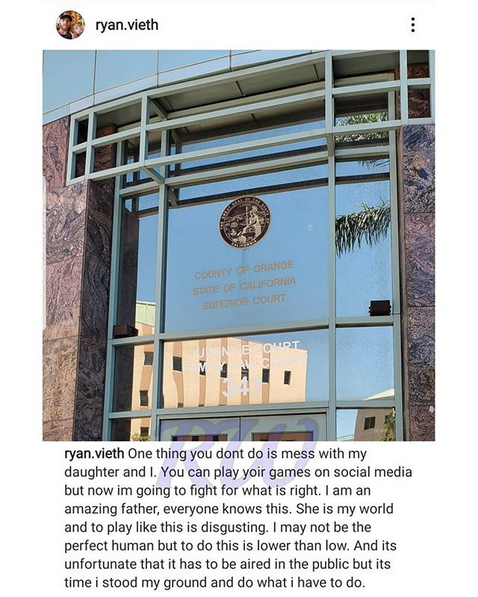 At this point, Ryan and his CNN hating self along with Sarah need to join RHOOC, they are more entertaining that the entire cast.